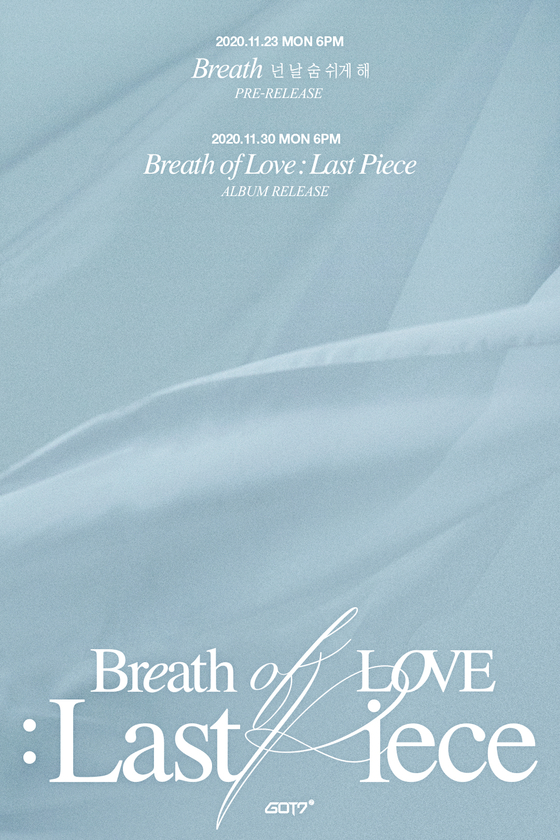 
Boy band GOT7 will be releasing its first regular album in two years later this month.

The group’s agency JYP Entertainment on Monday released a new poster of the group to advertise the release of its fourth regular album on Nov. 30, to be titled “Breath of Love: Last Piece.”

Since their debut mini album “Got It?” in 2014, all seven members of the group have participated in writing the band's songs.

The group's previous regular album, “Present: YOU,” came out in September 2018.

Other content will continue to be released before the full album drops, the agency added.