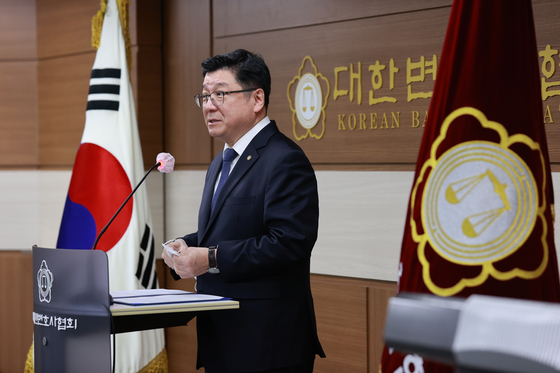 
The process to select the inaugural head of a powerful new corruption investigation agency kicked off Monday as the deadline to recommend candidates expired, with rival parties deadlocked over how to vet the 10 or so contenders for the spot.

The three were among at least five others — two endorsed by the ruling Democratic Party (DP) and four by the main opposition People Power Party (PPP) — who have been recommended by a special committee of seven tasked with vetting and nominating the candidates for the new agency.

The committee includes the minister of justice, the minister of National Court Administration and the president of the KBA, as well as two members named by the DP and another two by the PPP.

Monday was the deadline for each panel member to recommend up to five candidates, putting the maximum possible number of candidates at 35, but the actual list was much smaller, reportedly after many in the legal sector eligible for the role have turned it down due to the intense political polemic surrounding the new agency.

The agency’s chief is appointed by the president among two shortlisted candidates selected by a six-person majority in the recommending committee, a process designed to give the opposition veto power in any nominations. The appointment does not require the legislature's approval, although a confirmation hearing will take place.

The DP on Sunday said it only selected two figures, while the PPP said its members on the committee had recommended four people eligible for the post. This puts the list at nine, though the panel did not disclose the number as of press time.

With the committee to commence vetting as soon as possible, DP Chairman Rep. Lee Nak-yon on Monday stressed the process must be concluded with a new CIO chief appointed by the end of the month, given the delays caused by the opposition’s repeated obstruction of the agency’s establishment.

The CIO was a campaign promise by Moon and a key part of his prosecutorial reforms. At the end of last year, the DP and its allies pushed through a series of bills to create the CIO, making it the first state organization permitted to take over some powers of the prosecution. Opposition lawmakers boycotted the vote, calling it an attempt to tame the state prosecution.

According to the law, the CIO was supposed to launch in July, but the process has been delayed as the PPP did not fill its vacancies on the nomination committee.

Demanding the PPP end its stalling, the DP went as far as to submit a revision to the CIO bill to require only two-thirds of the committee, not six out of seven members, to approve the final candidates.

The PPP’s floor leader Rep. Joo Ho-young on Monday said they could not accept wrapping up the process within November, saying the party had the power to approve the agency’s chief.

The CIO went too far (KOR)

The CIO went too far