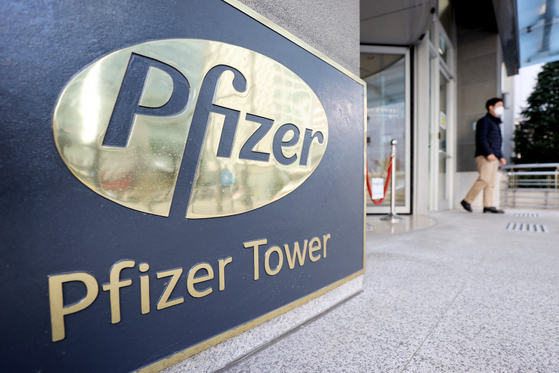 Kwon Joon-wook, deputy director of the Korea Disease Control and Prevention Agency (KDCA), said he expected Pfizer's vaccine to obtain approval by the U.S. Food and Drug Administration (FDA) by December, which could allow various countries around the world to start inoculations within this year.

"Today is a great day for science and humanity," said Albert Bourla, Pfizer's chairman. "We are reaching this critical milestone in our vaccine development program at a time when the world needs it most, with infection rates setting new records, hospitals nearing overcapacity and economies struggling to reopen."

The Korean government is also believed to be in talks with Pfizer to receive the vaccine, with the target being to obtain 30 million vaccines — enough to inoculate around 60 percent of the population, believed to be sufficient to create herd immunity in the country.

According to Kwon, the public likely wouldn't have access to the vaccines until the second quarter of next year, given the time needed to obtain the vaccines through international organizations, observe side effects of the drugs in other countries, set up a cold chain temperature-controlled supply system and devise an immunization strategy designed along with domestic experts.

Korea is a member of the Covax Facility, an initiative led by the World Health Organization (WHO) designed to equitably manufacture and distribute Covid-19 vaccines around the world. The country is also “in the final throes of efforts to gain early access to a Covid-19 vaccine through bilateral negotiations with several global pharmaceutical companies,” Kwon said.

The potential for a vaccine to end the global pandemic arrives amid concerns of growing infections and the arrival of winter, as people increasingly gather in poorly ventilated indoor facilities to escape the cold.

On Tuesday Korea reported 100 new coronavirus cases from the night before, with 71 of them occurring domestically, according to the KDCA. Five more deaths were also reported, putting the total death toll at 485. 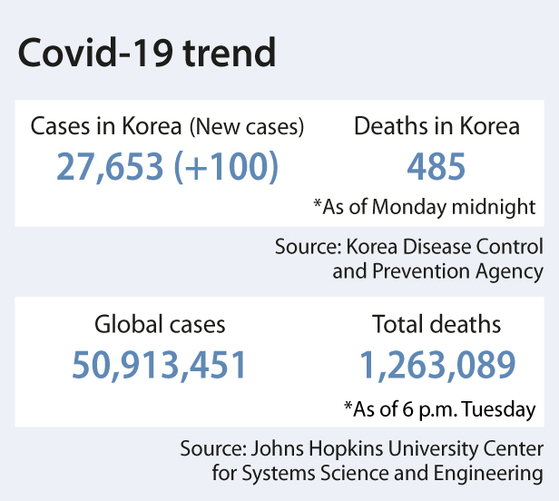 Medical facilities catering to the elderly continue to be at high risk of contagion, with the latest cluster involving a hospital in Seongdong District, eastern Seoul, that has so far produced nine infections.

With daily infections remaining in the triple digits for days, health authorities warned they could elevate the country’s social distancing level nationwide from Level 1 to Level 1.5 depending on the situation over the next two or three weeks.

Level 1.5 is the second in the government’s new five-tier social distancing scheme, and would require that all indoor facilities in the country limit the number of people inside to one person per every 4 square meters (43 square feet).