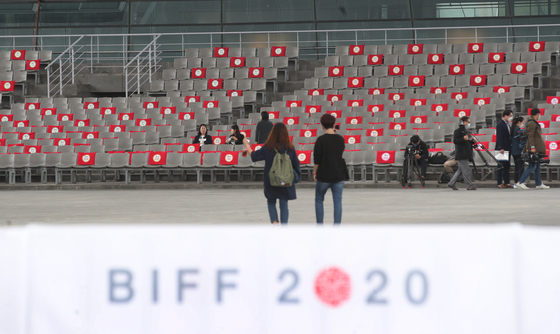 On the opening day of the 25th Busan International Film Festival on Oct. 21, outdoor theaters of the Busan Cinema Center only allowed 25 percent of the total seats to be filled due to social distancing guidelines. [NEWS1]


The end of the 25th Busan International Film Festival (BIFF) marked the end of film festivals in Korea for 2020.

This year was particularly challenging due to the coronavirus pandemic, but organizers across the country can now breathe a sigh of relief as no Covid infections linked to film festivals were reported.

From the Jeonju International Film Festival (JIFF) which was held behind closed doors—only inviting film-related organizers and judges to watch the films at offline screenings— to the Bucheon International Fantastic Film Festival (Bifan) hosting its event in a hybrid form of both online and offline and BIFF focusing primarily on offline screenings but hosting online panel discussion sessions for the audience—each of the film festivals were managed accordingly in line with the social distancing guidelines.

Now, festival directors have realized the need to come up with a sustainable model for their future events in the post-pandemic era. 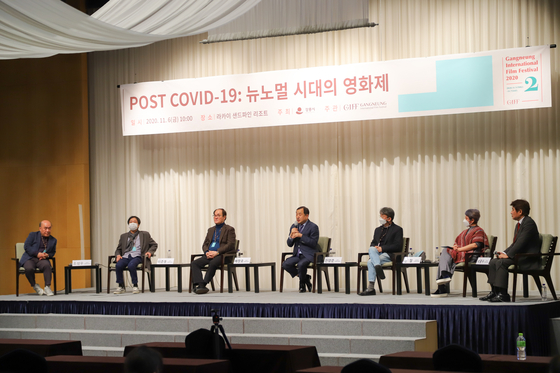 As the number of daily infection cases rose and fell, the organizers of this year's film festivals did their best to move everything online, including the screenings.

Jeonju and Bucheon formed memorandums of understanding with local streaming platforms such as Wavve and Watcha to let the audience view the films in an "untact," or contactless, way. While Busan did not pursue online screenings, it maximized the usage of Zoom to connect with filmmakers overseas.

The adoption of online methods has people questioning if film festivals can be entirely moved online, but Jeonju festival director Lee Joon-dong is firm that the answer is no.

“Online methods will supplement the festival, but they can never replace the physical festivity of the event,” Lee told the Korea JoongAng Daily. “The basic festival culture which sees people gather to enjoy films and discuss them will be there, and virtual ways will be added to enlarge the window of capacity for audiences who can’t make it to Jeonju physically.”

Jay Jeon, BIFF director, remarked that the festival abandoned the possibility of online screenings after seeing the case of the South by Southwest Film Festival this year. The festival collaborated with global streaming platform Amazon Prime Video to show the films online, but several of the films were leaked—showing that although online screenings were possible, securing the films’ copyrights online was yet to be realized. 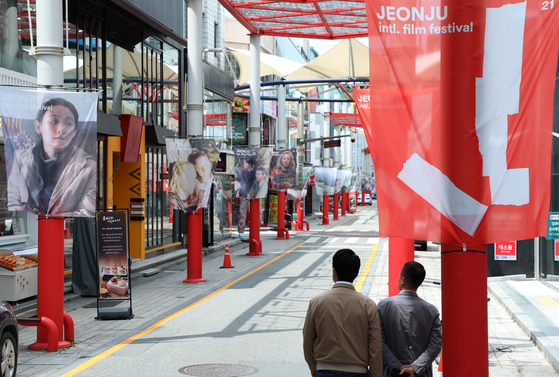 An empty street during the 21st Jeonju International Film Festival which was held behind closed doors, with some of the invited films streamed through local streaming platform Waave and only film-related organizers and judges participating in offline screenings. [NEWS1]


“However, we saw a new possibility in [online interaction] by using Zoom to host panel discussions,” Jeon said. “[From this year’s experience], I thought that if we could prepare additional visual data beforehand to be presented at the online discussions, the content can become more prosperous. Moreover, virtual meetings have expanded the festival by connecting multiple spaces, and I believe that even if vaccines for Covid-19 come out next year we’ll continue to adopt this new meeting format using Zoom or Meet. It makes it possible to connect with filmmakers overseas anywhere where there’s strong WiFi.”

The key role of film festivals is to introduce and promote the invited films to the press, audience and film critics so that they can be led to distributors for local theatrical releases. However, with a significant number of global film festivals scaling down their magnitude, turning to virtual means and even canceling events this year, festival directors worldwide are beginning to re-examine the role of their events in the Covid-19 pandemic.

“For the last decade or so, film festivals worldwide—both small and big—have been in an endless competitive loop without cooperation or solidarity,” Jeon said. “We were competing for the volume, how many world premieres or famed filmmakers or celebrities we could invite to our events. Financial bubbles swelled, with local governmental organizations unconditionally supporting these events.

“I think all the film festivals already know for themselves what their role is [in the midst of the Covid-19 pandemic],” Jeon continued. “To focus on the discovery, support and promotion of art and independent films, the most crucial role of the platform of an international film festival—that is how we are responsible for being one of the pillars to support this industry, and how we can justify the support we gain from our country or governmental groups. Or else everything will begin to tumble.”

At the wrap-up press event for BIFF this year, Jeon pointed out the lack of local distribution of films from the New Currents section, which awards young Asian filmmakers for their debut or second feature films. Now-famed filmmakers such as Jia Zhangke, Hirokazu Koreeda, Eric Khoo, Zhang Lu, Tan Chui Mui, Aditya Assarat, Park Jung-beom, Kim Eui-seok and Kim Bo-ra were recipients of the award in the early years of their careers.

Jeon toys with the possibility of partnering up with streaming services so that films from the New Currents category can be streamed simultaneously during the festival period with the theatrical screenings, and then for a certain period after the festival so that a larger audience, press and distributors can have access to them.

“There’s a video-on-demand platform called ‘Festival Scope’ based in Paris which streams Venice-invited competitive films, and for Asian countries there’s another streaming platform called ‘Muvi,’” Jeon said. “We are thinking about collaborating with the two platforms to stream the films from the New Currents section during the festival period. Of course, in order for this to happen, we need to gain approval from the filmmakers and provide them with a minimum guarantee that is equivalent to selling their film distribution rights. But most importantly, the securement of their copyrights—all possibilities for technological glitches or leaks should be examined thoroughly before we can do this, but that is what we will be working on from next year.”

Bifan director Shin Chul feels more uncertain about the festival’s role, but promises that the event will be turning its attention to taking care of new talents. 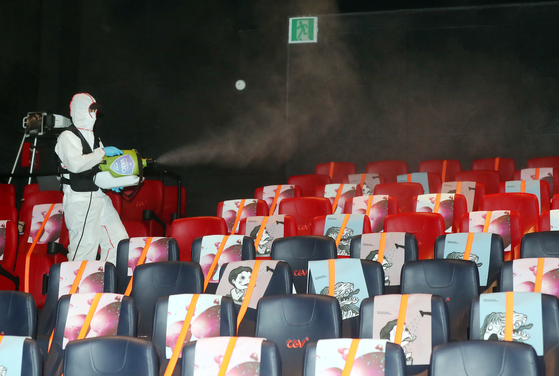 The 24th Bucheon International Fantastic Film Festival was conducted both online and offline this year. Offline screenings in theaters were held while strictly abiding by the social distancing guidelines and preventive measures. [YONHAP]


“Whether the films are distributed online or offline, the creators are the people,” Shin said. “Our mission statement from this year was to discover and support the new talents of genre films.”

A blow to budgets

Amid a downturn in the economy, the culture sector, including film festivals, is facing hardships as the government and private organizations cut back on financing. International film festivals in Korea are scrambling to establish legal and institutional policies to secure budgets and flexibly restructure the usage of funds for emergency situations.

One of the ways for the festivals to acquire additional funds is to receive financial support from the emergency funds set by the respective city’s film commissions, which international film festivals cannot currently claim.

“We have formed a temporary council amongst seven international film festivals [in Korea] which are receiving financial support from the government and are in contact with the Ministry of Culture, Sports and Tourism and the National Assembly to revise the policies.”

Park Kwang-soo, festival director of the Seoul International Women’s Film Festival, pointed out how culture sectors are the first to be hit in terms of funding when the economy takes a blow.

“Covid-19 is not only affecting the economy, but also our lives, safety, technology and is [shaking] all of our beliefs and ideologies that we have contemplated over for the betterment of our society,” Park said at the forum. “Even though people are aware of how film festivals and the culture industry have contributed to social development, people connect the imminent crisis only with the economy, and [this conventional thinking] almost automatically leads to cutbacks in the culture and arts industry.”