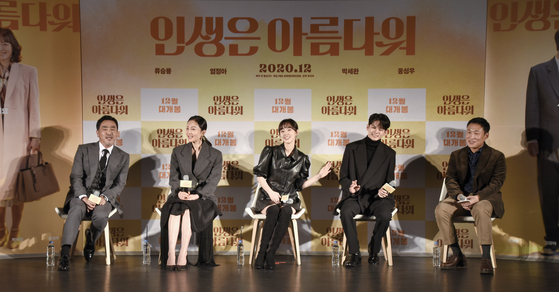 The press event for the film ’Life is Beautiful“ at the Lotte Cinema Konkuk University Entrance branch in eastern Seoul on Wednesday. [JEON TAE-GYU]

Actors Ryu Seung-ryong and Yum Jung-ah are singing their ways back onto the big screen in their latest film “Life is Beautiful.”

The musical, set to premiere in December, tells the story of a husband, Jin-bong who is played by Ryu and his wife, Se-yeon, played by Yum. The pair embark on a journey across the country so Jin-bong can reluctantly grant his wife her birthday wish of finding her first love. 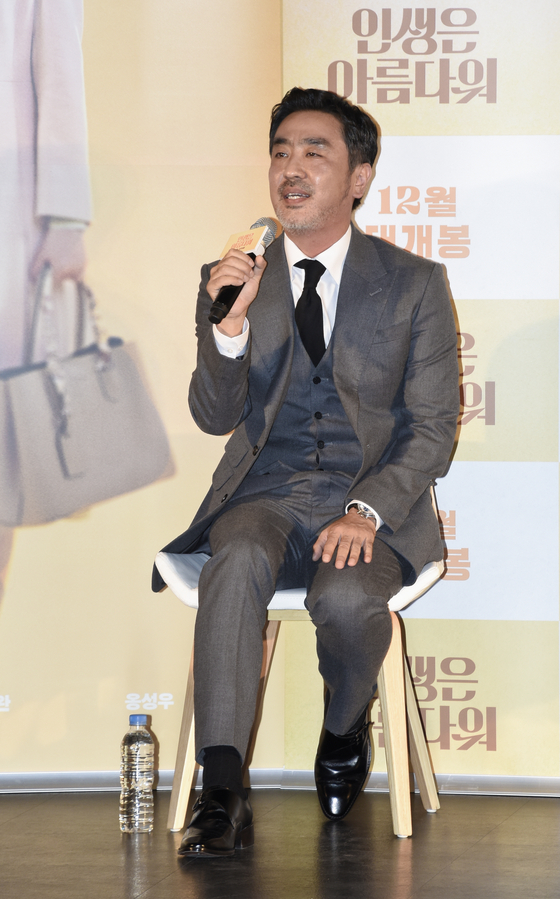 Actor Ryu Seung-ryong is talking about ’Life is Beautiful“ at a press event for the film on Wednesday at the Lotte Cinema Konkuk University Entrance branch. [JEON TAE-GYU]

“Life is Beautiful” marks the first time for Ryu and Yum to collaborate together on the big screen.