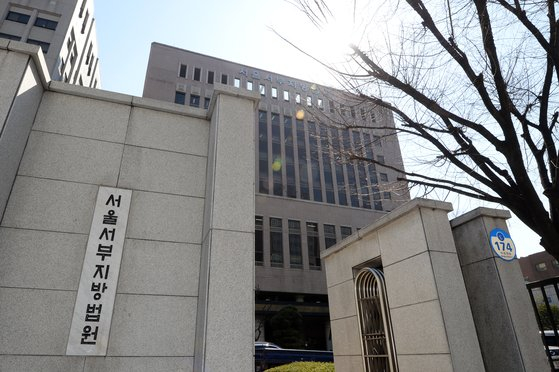 Lee Dae-yeon, a 54-year-old senior judge on the Seoul Western District Court, was found dead around 9:45 p.m. Tuesday night, Gangnam police said. He had collapsed in the restroom of a building in Samseong-dong in Gangnam District, southern Seoul, in the midst of a dinner with a group of fellow judges at a nearby restaurant.

Emergency responders performed CPR on Lee, who was then transferred to a nearby general hospital where he was pronounced dead at 11:20 p.m.

Police said that they are planning to conduct an autopsy on Lee’s body to find out the exact cause of death. Police said there was no indication that his death was a suicide, and a judge who was well-acquainted with Lee noted that he had been dealing with a heavy workload.

“Ever since he transferred to the Seoul Western District Court, he has mainly been in charge of difficult criminal cases and received a lot of stress,” the judge said. “He was a judge known to make reasonable decisions on criminal cases.”

The first hearing for Yoon, a longtime activist for victims of Japan’s wartime sexual slavery, euphemistically referred to as comfort women, had been scheduled for Nov. 30.

Yoon, who was elected as a proportional lawmaker of the ruling Democratic Party (DP) in April, previously served as head of the civic group Korean Council for Justice and Remembrance for the Issues of Military Sexual Slavery by Japan. However, she came under intense scrutiny in May, following public accusations by Lee Yong-soo, a comfort woman survivor, that Yoon had exploited her and other victims for decades.

The Seoul Western District Prosecutors’ Office indicted Yoon in September on charges including fraud, embezzlement and breach of trust.

Yoon has denied the allegations against her, resisting pressure from the public and the opposition parties to give up her National Assembly seat over the scandal.

Lee was a graduate of Gwangju Seoksan High School and Korea University’s Department of German Language and Literature. In 2007, he became the first senior prosecutor to become a judge. Lee, while serving on the Seoul Southern District Court last year, was in charge of the case against former DP Rep. Sohn Hye-won, who was indicted for real estate speculation.

A western district court official said that they will have to discuss appointing a new judge to take over the case and that the trial is likely to be delayed.

Lee’s funeral wake is being held through Friday at the Catholic University of Korea Seoul St. Mary's Hospital.