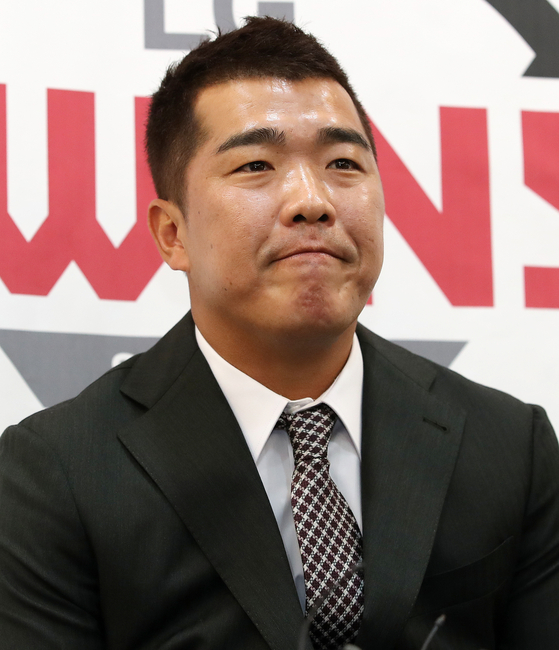 
LG Twins’ second baseman Jeong Keun-woo retired on Wednesday, hanging up his bat after 16 years as one of the top bats in the KBO.

At an emotional press conference at Jamsil Stadium in southern Seoul, Jeong reflected on his 16 years in the KBO, saying that he has no regrets and thanking the fans for all the love they’ve shown him over the years.

Jeong made his first KBO appearance with the SK Wyverns back in 2005 and stayed in Incheon until the end of the 2013 season when he moved to the Hanwha Eagles. After six seasons with the Eagles, Jeong was picked up by the Twins through the second-round draft at the end of the 2019 season. 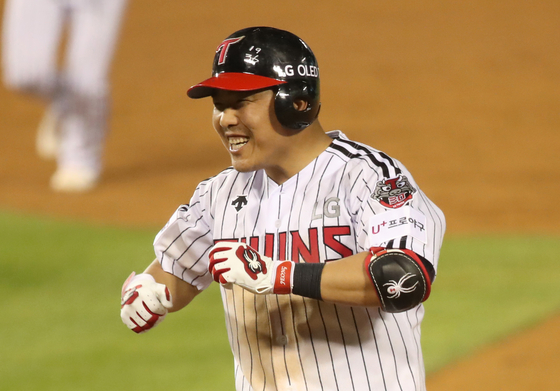 
The Twins’ decision to select Jeong was quite a surprise as he’s considered on the older side and didn’t see much action with the Eagles throughout the 2019 season. While the Eagles had moved Jeong between different positions, the Twins were happy to let him return to second base.

Jeong made a point of thanking the Twins letting him end his career as a second baseman, although he did spend the latter half of the season appearing mainly as a pinch hitter.

He also had an outstanding career as a part of the national team. He helped Korea to win gold at the 2008 Beijing Olympics, a runner-up finish at the 2009 World Baseball Classic (WBC), a gold medal at the 2010 Asian Games and wins at the 2013 WBC and 2015 Premier 12.