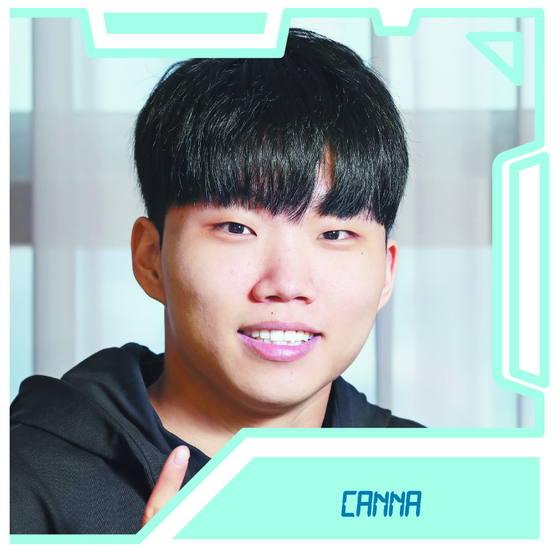 
It's easy to imagine that an Esports career path is a simple thing. You get really good at a computer game, sign with a team and sit back and watch the millions roll in.

But in reality, Esports, like any other sport, isn't that simple. Kim Chan-dong, or Canna, knows that only too well.

Kim was promoted to the T1 roster after spending time in T1’s LoL academy, the Esports equivalent of working your way through the system at a football or baseball team. Having earned his stripes through the academy system, Kim knows exactly what he owes T1.

“It’s the team that made me a pro gamer," he says.

Like his teammate Teddy, Kim took his gamer handle Canna from something a little childish — a beloved cartoon character.

“There was an animation I used to watch quite a while ago,” Kim says. “I got the name from one of the characters. When I first came up with it, people around me said it sounds childish, but as I kept on using it, they started to say it sounded cool. So I don’t think I ever want to change it.”

Becoming a pro gamer may seem like a huge risk as a majority of players drop out of school to pursue a career path that is still being carved out. But being that young does have its advantages — Kim says he never really thought about the risk.


“I used to do other work,” Kim says. “While I was doing that work, I was also playing games. As I was doing that, I got contacted [by T1]. Rather than being worried, I just concentrated on the opportunity that I had.”

For Kim, being scouted by T1 was a huge turning point. Before that opportunity came along, he was a teenager picking up odd jobs at a local factory and gathering apples in his hometown of Andong, North Gyeongsang.

Kim is still new to the roster and only debuted this year. Despite his limited experience, Kim says he can't imagine he'll ever regret the decision to go pro.

Now that being a pro gamer has become his career, Kim does get stressed when he doesn’t play well, but he’s still in love with LoL. That said, it's not all fun and games and there are moments when it starts to feel a bit like work.

“When we lose, I get stressed,” Kim says. “But I’m having fun every time I play. As we do this for a long period of time every day, there are points when it gets tough because we get tired and that stacks up. I think that’s when I feel like it’s a job.”

Moving forward, the young pro gamer has a lot of work to put in to reach his biggest goal.

“My goal and my dream is to advance to the LoL World Championship,” Kim says.