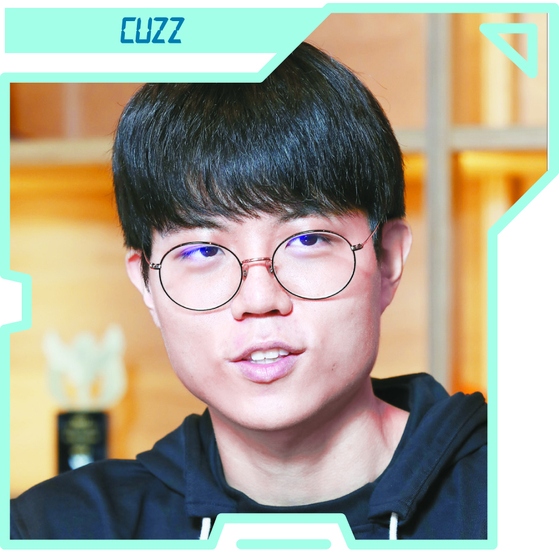 
As a "jungler," T1 member Mun U-chan, better known by his nickname Cuzz, spends a lot of his time flying solo.

A jungler is a unique position in a League of Legends (LoL) team. While the rest of the team is focused on specific avenues of the game, where they may encounter opponents or begin to mount an offensive, a jungler spends the majority of the game on their own, wondering around the wilder parts of the map, known as the jungle, gathering as many resources as possible for their teammates.

That's where Mun, the most taciturn member of the T1 team, earns his keep.

While the majority of his teammates came up with their gamer handles without second thought, Mun took a long time working out who he wanted to be.

“In high school, I tried to change my nickname,” Mun says. “I was trying to come up with something memorable, but I couldn’t think of anything.”

In a desperate hunt for a memorable handle, Mun eventually went back to his routes.

“One day in high school, my friend didn’t do his homework,” Mun said. “So as a punishment, he went up to the front of the classroom and had to sing. He sang a song by a boy band called Buzz.”

Mun decided to base his handle on his classmate's plight, naming himself Buzz. But there's already a Buzz registered in the LoL universe, so he quite literally chose the next best thing.

“I changed the first letter B to C. It worked,” Mun says. “After I created [that nickname], it was easy to call and was memorable. I remember really liking that name and I still like it.”

Mun signed with T1 in November 2019, having played for some time with Kingzone DragonX. Despite 2020 being his first season with T1, Mun already knows the team is the right fit for him.

“I think I have to play well to make T1 better,” Mun says. “I need to behave well because it’s such a great team.”

Like many other pro gamers, Mun spent the early days of his career on the bench, finally joining the big leagues in the 2017 LCK Summer Season.

“When I was a training player, I couldn’t really call myself a pro gamer because I was only a training player,” Mun says. “And I’ve never heard people consider me 'pro gamer Cuzz.' But after that time passed, now people call me a pro gamer. That title makes me feel like I've earned the recognition, so I feel good.”

Although he’s a pro Esports star now, Mun didn’t start out with that career path in mind. He was actually trying to establish himself as a livestreamer before his channel came to the attention of the right people and the scouts started calling.


Now that he’s played his fourth season as Cuzz and first season with T1, Mun has a clear goal in mind, and it's one that's shared by most of his team.