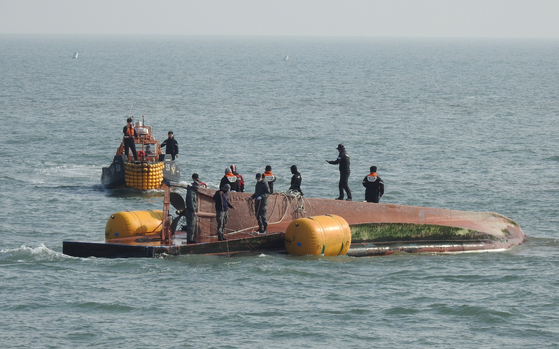 Divers conduct a search operation in waters near a northwestern border island on Sunday. A 12-ton fishing boat capsized in the sea off Soyeonpyeong Island at 6:07 p.m. Saturday, leaving three crew members, including the 63-year-old captain, missing. Two others were rescued, but one was later pronounced dead. The cause of the capsize was not immediately known. [YONHAP]

Not in our waters