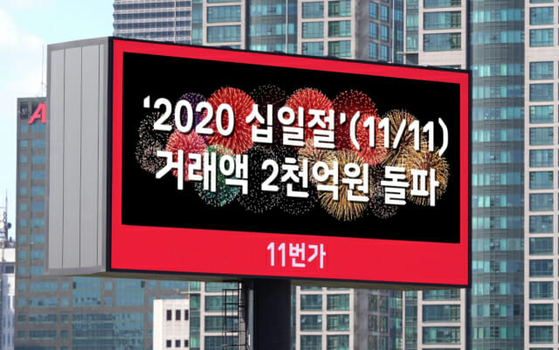 According to Ebay Korea, which runs e-commerce sites Gmarket and Auction, total transactions made through Smile Delivery, its next-day delivery service, during the operator’s Big Smile Day event, which ran Nov. 1 to Nov. 12, was up 60 percent compared to same period a year earlier.

That’s the highest sale figure since 2017, when the company started running the annual event. Compared to an average day, that’s a 110 percent jump.

Processed food was particularly popular. A total of 56,200 Ottogi Odongtong noodles, a microwave-safe cup noodle, were sold during the period, while some 25,700 Dongwon F&B cans of tuna were sold.

Home appliances were also strong, making up about 20 percent of total sales during the period. Some 2,360 air purifiers from Winix were sold. 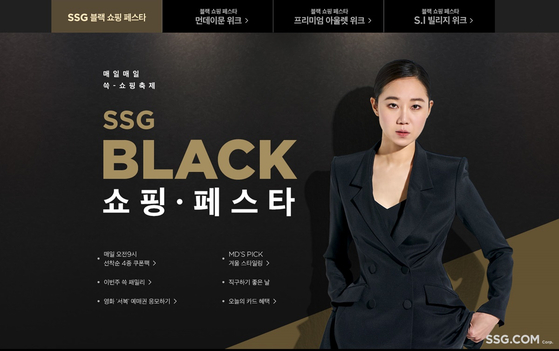 Total spent by the average person increased by 34 percent on year, while the total number of products sold during the day reached 4.99 million, up 16 percent on year.

SSG.com plans to hold SSG Black Shopping Festa starting from Monday to Nov. 29. During the first half of the period, from Nov. 16 to 22, it will concentrate on selling fashion, beauty, sports and kids' items, while the other half will focus on home appliances and food products.

Lotte On, Lotte Group's e-commerce app, experienced a boost in sales during its event held between Oct. 23 to Nov. 1. Sales jumped by 63 percent compared to same period a year ago while the number of visitors to the online website increased by 41 percent on year.

“Local e-commerce operators saw a boost in sales thanks to overseas customers who turned their eyes to the Korean market celebrating Singles’ Day and Black Friday,” Seo Youg-gu, a professor of business administration at Sookmyung Women’s University, said. “Competition will intensify among e-commerce companies who want to make the November shopping event an official annual event."