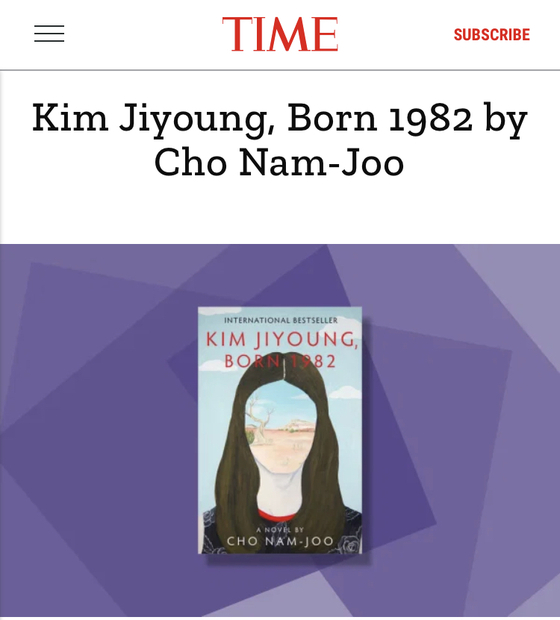 
The English version of Korean novel “Kim Jiyoung, Born 1982” has been chosen as one of “The 100 Must-Read Books of 2020” by U.S. magazine Time. The novel by Cho Nam-joo, originally published in 2016, has been lauded by those interested in feminism in Korea.

“The narrative comes from the perspective of Jiyoung’s male psychiatrist — complete with footnotes on real-life gender inequality in South Korea, which has seen Cho Nam-Joo’s short novel, translated by Jamie Chang, become a best-seller that has inspired many young women to reconsider the roles they’ve been tacitly forced into, and also prompted death threats from infuriated misogynists,” the magazine said as explaining the novel.

“That outrage only makes the act that finally broke Jiyoung after a lifetime of sexism all the more poignant, because it is something so small yet so big and, sadly, so common.”

“If I Had Your Face” by Korean-American writer Frances Cha also made it onto the must-read 100 list. Cha wrote about four different women in Seoul who try to get out of the environment they are put in while depicting the scenes of modern-day Seoul.