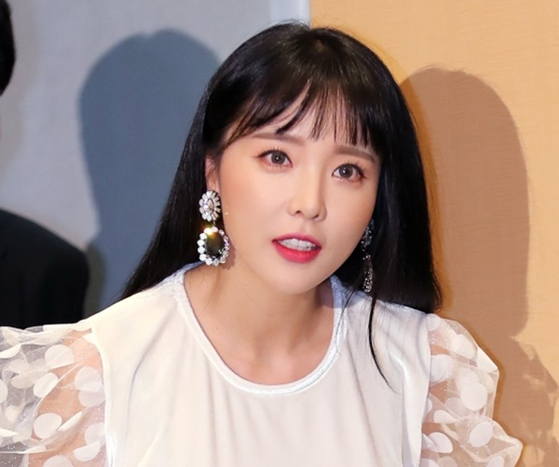 
Trot singer Hong Jin-young continues to face backlash over claims she plagiarized her master's dissertation which she wrote 11 years ago.

After local media on Monday pointed out that she featured in a video for the Gwangju Metropolitan Office of Education, the video, which was posted last month, was taken down.

Netizens complained that it was inappropriate for her to be in an official video on the YouTube channel run by a governmental office.


Earlier this month, local newspaper Kukmin Ilbo reported that Hong's dissertation titled "Study on the cultural content industry through Hallyu," which she wrote for the graduate school of trade studies at Chosun University, scored a 74 percent plagiarism rate on Copykiller, an analysis service based on big data.

Hong's agency IMH Entertainment denied the speculation, explaining that in 2009, the trend in dissertations was that the more the citations, the better the quality.

But the singer she would return her degree adding that she’s hurt to be embroiled in such allegations after she spent the past 10 years living “arduously.”

Chosun University has started its investigation to check whether Hong’s dissertation is plagiarized. She received a master's degree with the dissertation in 2009 and a doctoral degree at the same school in 2012.