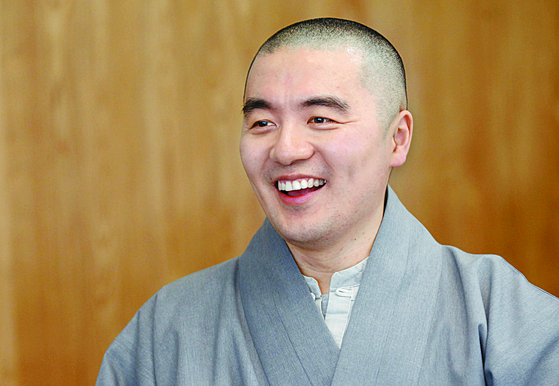 
Zen Buddhist monk and best-selling author Haemin announced on Sunday that he would be quitting all his public activities and returning to a Zen Buddhism education institution after facing backlash over his secular lifestyle.

"It is my fault for failing to fulfill my duties as a monk," Haemin wrote on his Twitter. "As of today, I will put everything down and go back to a public seonwon [Zen Buddhism education institution] to study Buddha's words again and focus on my prayer.” 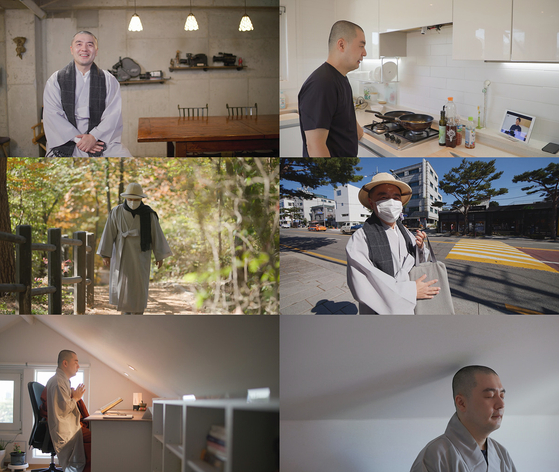 
The controversy first arose when Haemin recently appeared on tvN’s entertainment show "On & Off," which follows people in the public eye at home and at work. 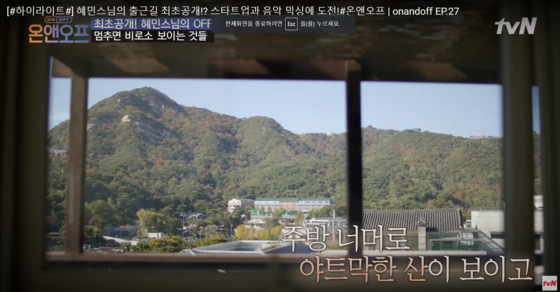 
In the episode aired on Nov. 7, the monk is shown waking up in a spacious two-story house located in Samcheong-dong, central Seoul, where Mount Namsan comes into view and turning on a meditation app. The app, which offers relaxing music, natural sounds, and meditation instructions, was developed by Haemin in 2019. He then heads off to his office where he works as the chief content officer where the meditation app is being developed. 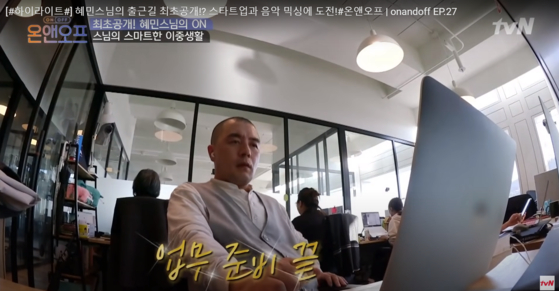 
But people were shocked after the episode aired, expecting the monk to be living an austere and modest life.

“The more grateful we feel, the happier we become,” and “True giving is done without expecting anything in return,” are just a few quotes from his bestselling book, “The Things You Can See Only When You Slow Down” (2012) in which he shares how to build a modest self-image with no greed.

The Korean-American monk, whose real name is Ryan Joo, gained international fame for “The Things You Can See Only When You Slow Down,” which has been translated into more than 35 different languages and sold over four million copies, even topping Amazon UK's list of best-selling books in 2017.

Since then, he had been actively carrying out activities outside the temple, which include opening a counseling center named Maum Hakgyo in 2015, publishing his second book “Love for Imperfect Things” (2016) and opening a start-up to launch meditation app Kokkiri last year. 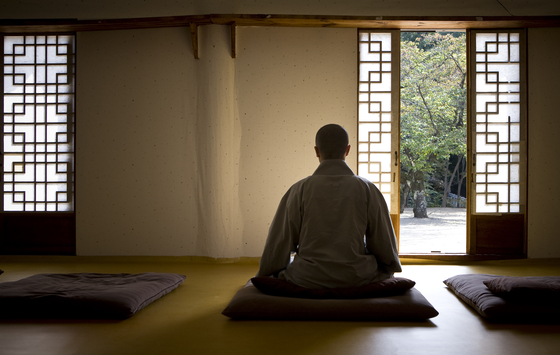 
Haemin was quickly ridiculed on social media for living totally opposite to his teachings of a life with no possessions.

Among a series of posts aimed at Haemin, a singer of heavy metal band Victim Mentality, Krocodile Choi, uploaded two videos on his YouTube channel, which has some 8.9 million subscribers, criticizing Haemin. The first video uploaded on Nov. 10 has already accumulated 310,000 views.

“He is the greediest person that I’ve ever known,” Choi said. “His meditation app requires in-app purchases. He is making money by ripping off those who are emotionally hurt with sugarcoated words that are far from supportive. All the content in the app is very low quality.”

Haemin previously faced flak when it was alleged that he was the owner of a building in central Seoul.

The suspicion arose in March when entertainer Hong Suk-chun asked Haemin to lower the rent on his building, as part of a celebrity campaign to help revive small business owners suffering due to the Covid-19 outbreak.

Haemin responded on Twitter saying, “I am not a building owner” and added that he was having a hard time paying the rent for his Maum Hakgyo building in Insa-dong, central Seoul. Instead of participating in the campaign, he gave out 100,000 won ($90) worth of free coupons for his mediation app.

Last week, local news outlet Chosun Biz reported that his house in Samcheong-dong is owned by a temple of which he is the chief monk.

American monk Hyon Gak, dubbed the “blue-eyed Zen Buddhist monk,” who studied Korean Buddhism but left Korea in 2016 after 24 years of practice, saying Korean Buddhism is corrupt, also posted on his Facebook on Sunday. He wrote that Haemin is “a parasite who steals Buddha’s wisdom for his greed.”

After Haemin announced he would be quitting his public activities, Hyon Gak again posted on Facebook in a completely new tone, hinting that the pair reconciled through the phone and referring to him as “my eternal dharma brother.” “In our conversation this morning, Sunim [Haemin] and I expressed our love for each other, and we agreed to remain in touch, to share and learn from each other,” Hyon Gak wrote.