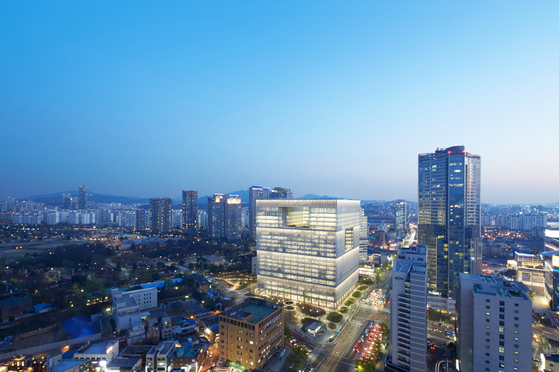 
Cosmetics maker Amorepacific is rushing to digitize its business.

The company announced Tuesday it has invested 3 billion won ($2.7 million) in media start-up DMIL to expand its digital presence in the cosmetics market.

DMIL is a multichannel network managing some 250 beauty content creators and has produced branded content for more than 500 companies in Korea. DMIL also operates its own e-commerce platform dVine, as well as perfume brand Hours.

The cosmetics company has been struggling since the pandemic. The group's net profit plummeted 93.7 percent on year to 7 billion won in the third quarter as sales through its primary channels declined, including duty-free shops and department stores.

Analysts say Amorepacific has been late to enter the e-commerce market. Sales generated from online channels accounted for less than 10 percent as of 2019. And it was only this year when the company started to partner with large e-commerce platforms like 11st and Mushinsa under the “digital transition” initiative declared by CEO Suh Kyung-bae.

Amorepacific hopes to use the partnership with dVine to increase the digital marketing of its products and their presence in online stores.