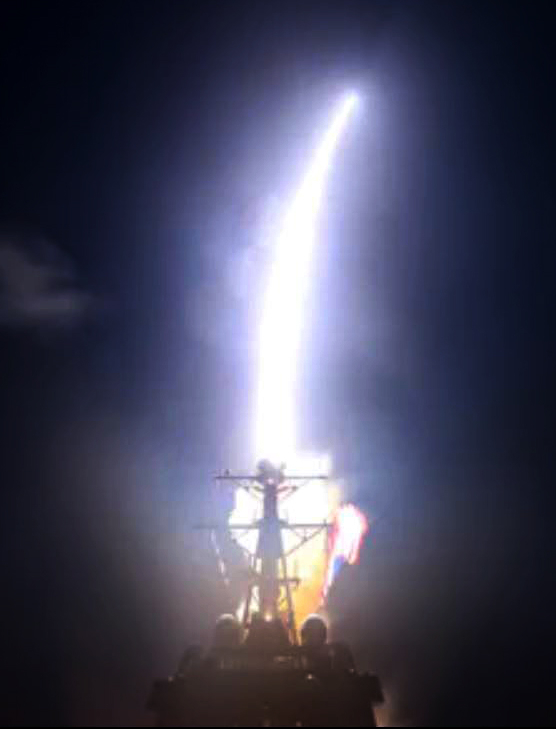 
The U.S. Central Intelligence Agency (CIA) has assessed that North Korea’s intercontinental ballistic missile (ICBM) re-entry vehicles are likely to “perform adequately” if flown on a normal trajectory to mainland United States, according to an American think tank report Tuesday.

Concurrently, the U.S. Navy intercepted and destroyed an ICBM target using a ship-launched missile over the Pacific Ocean, northeast of Hawaii, announced the Missile Defense Agency Tuesday, part of the Pentagon’s move to build and test a layered missile defense system for the U.S. mainland.

The "2021 Index of U.S. Military Strength," an annual report released by the Washington-based Heritage Foundation, concludes, “North Korea has developed a spectrum of missile systems that threaten the continental United States as well as U.S. forces and allies in Asia with nuclear weapons.”

It continues, “Although North Korea has not yet conducted an ICBM flight test that successfully demonstrated a reentry vehicle capability, the CIA has assessed that Pyongyang’s ICBM reentry vehicles would likely perform adequately if flown on a normal trajectory to continental U.S. targets.”

North Korea acquiring such re-entry technology means that it has finalized an ICBM able to deliver a nuclear attack on the United States.

On Nov. 29, 2017, North Korea tested its Hwasong-15 ICBM and declared that it had completed its nuclear force.

The Heritage Foundation report describes that in July 2019, the U.S. Forces Korea assessed that North Korea’s Hwasong-15 ICBM has a range of 8,000 miles and is capable of reaching anywhere in the U.S. mainland.

The report in its assessment of the global threat level found that North Korea uses nuclear and missile tests to enhance its global prestige, extract various concessions from the United States and improve its military posture.

It added that “U.S. and allied intelligence agencies assess that Pyongyang has already achieved nuclear warhead miniaturization, the ability to place nuclear weapons on its medium-range missiles, and an ability to reach the continental United States with a missile.”

North Korea was ranked as "high" in terms of threat level, the second highest on its five-tier threat assessment scale, alongside Russia, Iran and China, according to the military strength report.

North Korea ranked as “testing,” the third-level in a five-tier provocative behavior scale. It was ranked at the second-highest level of “gathering” out of five tiers for level of capability.

Pyongyang has conducted six nuclear tests, and while it has stuck to a self-imposed moratorium on nuclear testing and ICBM launches since late 2017, it has continued with shorter-range missile launches.

Despite three meetings between North Korean leader Kim Jong-un and U.S. President Donald Trump, there has been no decrease in its weapons of mass destruction (WMD) arsenal, according to the report. The U.S. intelligence community assessed that Pyongyang increased its production of fissile material for nuclear weapons and that satellite imagery showed upgrades to missile, re-entry vehicle, missile launcher and nuclear weapon production facilities.

Likewise, the report said the U.S. intelligence community continues to assess that North Korea “is unlikely to give up all of its WMD stockpiles, delivery systems, and production capabilities.”

Gen. Terrence O’Shaughnessy, commander of the U.S. Northern Command and North American Aerospace Defense Command (Norad), testified in March 2020 that North Korea in 2017 “successfully tested an apparent thermonuclear weapon as well as two ICBM designs capable of ranging most or all of North America — feats only the five permanent members of the UN Security Council had previously achieved.”

The Missile Defense Agency (MDA) said that a Standard Missile-3 (SM-3) Block IIA missile was launched Tuesday from a U.S. destroyer from the Ronald Reagan Ballistic Missile Defense Test Site in the Marshall Islands, which intercepted and destroyed the target during a test demonstration.

It is the first time the United States shot down an ICBM with a ship-launched interceptor missile.

The test follows North Korea revealing a new ICBM in a military parade in October that could potentially strike the U.S. east coast, and comes as the Pentagon has accelerated development of its missile defense system because of such missile and nuclear threats.

He added that it was “a step in the process of determining its feasibility as part of an architecture for layered defense of the homeland.”