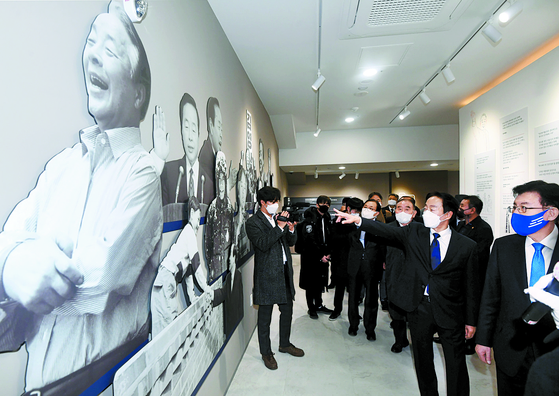 The Kim Young Sam President Memorial Library, a public library commemorating the late President Kim Young-sam, opened in Dongjak District, southern Seoul on Friday, five years after the icon of Korean democracy died. Kim served as the 14th president of South Korea from 1993 to 1998 before passing away in 2015 at the age of 88. As one of the most powerful political challengers to the country's authoritarian leaders, Park Chung Hee and Chun Doo Hwan, Kim's presidency helped the country peacefully move from decades of military juntas to civilian rule. [YONHAP]