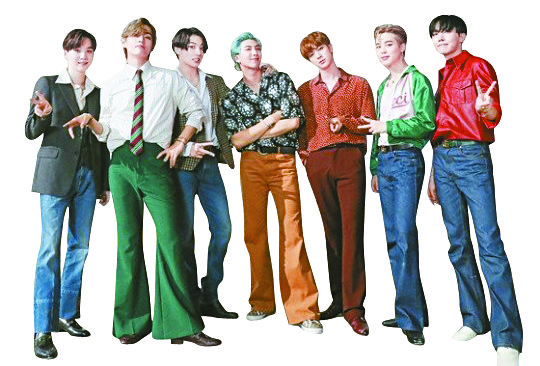 The National Defense Committee of the National Assembly passed a bill on Friday to allow K-pop stars to postpone their military service until age 30.

“The amendment to the Military Service Act would allow artists such as BTS, who have enhanced greatly the image of Korea both within the nation and throughout the world, to have the option of postponing their military conscription,” the committee said in a statement on Friday.

The amendment will be tabled for voting at a plenary session of the Assembly.

According to the Military Service Act, Korean men must go through physical examinations after they turn 18. They must enlist between the ages of 18 and 28 according to the results of the examination, unless they have extraordinary reasons, or they can face imprisonment. Military service lasts from a year and a half to two years.

The bill was drafted in September by several lawmakers including Democratic Party (DP) Rep. Jeon Yong-gi.

According to the bill, “any pop culture artist who was recommended by the Minister of Culture, Sports and Tourism to have greatly enhanced the image of Korea both within the nation and throughout the world” would be allowed to postpone their military service if they do not have an extraordinary reason.

Jeon in a phone call with Yonhap News on Friday said that if the bill is passed, it would mean that K-pop stars such as members of BTS would be able to "postpone their service until age 30."

Current laws allow men to postpone their military service until the age of 28 for academic reasons such as studying abroad, or enrollment in graduate school or in the the Judicial Research and Training Institute after passing the bar exam. Additional exceptions are made for men enrolled in Ph.D. programs abroad, who can postpone their service until age 30.

Current laws also allow athletes or artists of classical or traditional arts such as gugak (traditional Korean music) to substitute military service with volunteer work approved by the Minister of Culture, Sports and Tourism.

Only athletes and artists who have won awards in international and national competitions designated by the Military Manpower Administration, such as the Olympic Games or the Asian Games, are allowed to apply for the substitution for their military service.

The military service of BTS members came in the spotlight this year as Jin, the oldest member of the boy band, will turn 28 in December.

Fans of BTS, as well as several lawmakers in Korea, have argued that full exemptions from military duty should be made for members of BTS, for their contribution to the nation’s economy.

The proposed amendment to the Military Service Act also emphasizes that K-pop stars are raking in some 5.6 trillion won every year.

“Whilst these young pop stars are contributing to the image of Korea as much as people in traditional arts and sports, they are not receiving the equal protection of rights [to pursue their careers] as the others have been,” reads the introduction to the amendment. “These young pop artists tend to make the most achievements in their 20s, and to force them into military service during their prime not only hurts their careers, but also does a disservice to the nation.”

Releases by BTS have been breaking records, with its latest English single “Dynamite” topping the Billboard Hot 100 chart for three consecutive weeks, making a significant mark on K-pop history.

[WORD_ON_THE_WEB] 'Exemptions in keeping with the times'