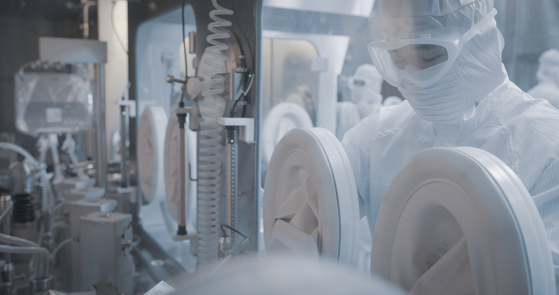 
Boryung Pharmaceutical’s production line for cancer drugs that are administered by injection in Yesan, South Chungcheong, was approved for Good Manufacturing Practice (GMP) certification by the Korean Ministry of Food and Drug Safety.

Suggested by the World Health Organization (WHO) and adopted in many countries, GMP is a set of regulatory guidelines in drug production to ensure quality control and safety.

With the approval, Boryung is now able to mass-produce the drugs in Yesan, starting with Velkin, or bortezomib trimer, a plasma cell myeloma treatment. The approved production line has a minimum capacity of six million vials per year, which can be expanded threefold.

“The production line obtained the GMP approval faster than the average period,” said Boryung in a statement.

The company is currently preparing to obtain GMP certification from Europe next year. The Korean certification only affects domestic sales. Obtaining a nod to sell its cancer drugs overseas would be a big step for Boryung, which has been focusing on cancer drugs as a growth engine.

“The recent GMP approval is the starting point for Boryung Pharmaceutical, strengthening our competitive edge in production of cancer drugs,” said the company’s CEO Lee Sam-soo. “We plan to increase our production capacity to a global level by obtaining the European Union GMP approval.”