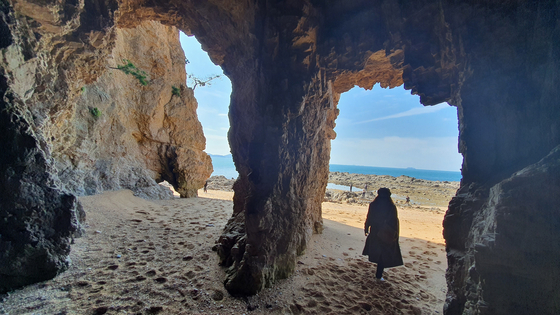 A cave on Padori Beach in Taean County is popular among tourists as a photo backdrop. [LIETTO]


TAEAN COUNTY, South Chungcheong —The county that houses many beaches and harbors which attract travelers all year long, gets especially popular in the fall among crab lovers. When the temperature starts to drop, it's time for food lovers to plan their travels out to the West Sea and replace beachgoers, as male crabs fatten up and many types of seafood are at their prime.

Yangyang in eastern Korea’s Gangwon attracts tourists thanks to its surf-friendly beaches and food, while Taean has become its counterpart on the western side of the country, with many heading to the region for a weekend getaway to enjoy the culinary scene and some island-hopping.

Taean has recently been garnering interest thanks to social media, where travelers have been posting pictures of not only their crab-laden feasts but also some stunning natural landscapes.

Photos of people posing in caves with the backdrop of the beach and the seawater afar have gone viral. With the backlighting, only their silhouettes show, which is also appealing to those trying to disguise their hefty meals from the night before,


Wave magic
To find some of these caves and have a photo shoot of your own, head to Padori Beach, a newly rising spot in Taean among travelers, reflecting the new trend of discovering less-visited areas.

The town, named after pado, which means waves, has an interesting coastline thanks to the impact the ocean has had along the cliffs that border the beach.

Some of the caves formed on Padori Beach are tall and wide enough to fit a couple of people inside.

From outside, these spots are usually difficult to find as they may not seem to have enough space inside, but be patient and take some time to walk along the beach to find those with deep and high interiors.

The most popular cave on Padori Beach appears as you walk down the sand from north to south. It should appear on your left but despite doing your homework beforehand and studying the many blog posts on this picturesque spot, it's still easy to miss. 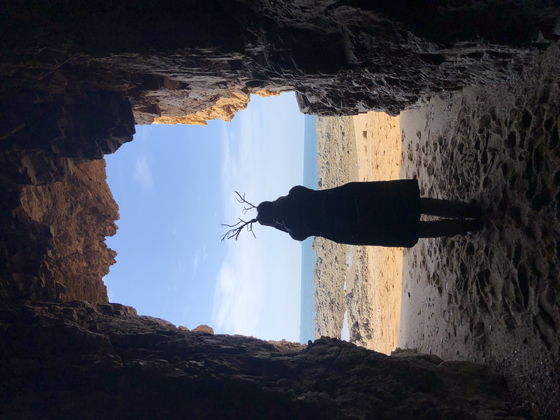 Visitors use items they find along the beach for creative photo shoots. [LEE SUN-MIN]


Since taking such cave photos is relatively new among visitors to Taean, there will be no telltale queue that has formed as people await their turn at the photo site.

A good tip is to look for Padori Elementary School, which is now closed, while navigating to get yourself close to the cave.

Lead my way, lighthouse
While no one calls Ong Island home, it does house a lighthouse which has been guiding boats safely to shore since the early 1900s.

Prior to 2013, visitors were not allowed on the island, but that changed when interest began to grow after the government named the lighthouse one of the 16 most beautiful in the country. 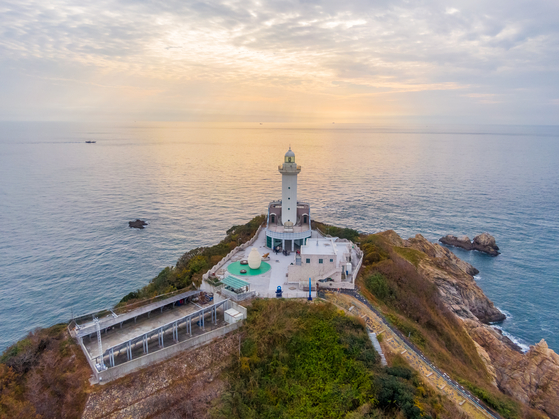 The lighthouse on Ong Island in Taean County. [LIETTO]


The island, which is about 30 minutes away on a ferry boat from Anheung Harbor, has a trail walk up to the lighthouse and to the other end of the island. 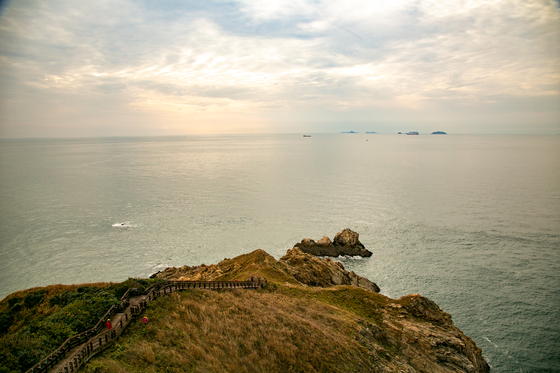 The trail walk on Ong Island in Taean County. [LIETTO]


Ong Island is particularly pretty in winter and spring, as this is when Camellia flowers are in full bloom.

Naepasu Island, which houses a natural breakwater and is Natural Heritage No. 511, is another must-see spot.

The island is still not widely known to many as a permit is required to enter. The natural breakwater is a long soil walk that sticks out from the ground and slows down the waves that break on it. 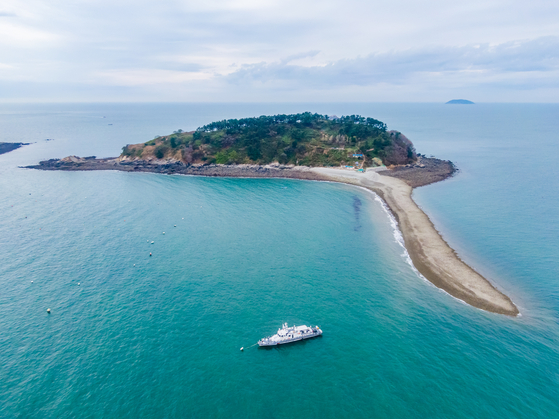 
The other side of the island has very unique patterns on the rocks, which were made thanks to the power of the breaking waves.

While taking a tour around the island is possible, there is no regular ferry to take you back and forth, so you will need to hitch a ride with a local fishing boat.

Shellfish heaven
The gradual drop of temperature to signal the fall means that it is crab season.

Although there are no roe or eggs inside the male crabs that are in season in fall, the sweet and salty flavor will melt in your mouth.

But if you can't live without crab roe, fear not, there are some restaurants that serve frozen female crabs from the spring, when they are in season, to serve all year long. 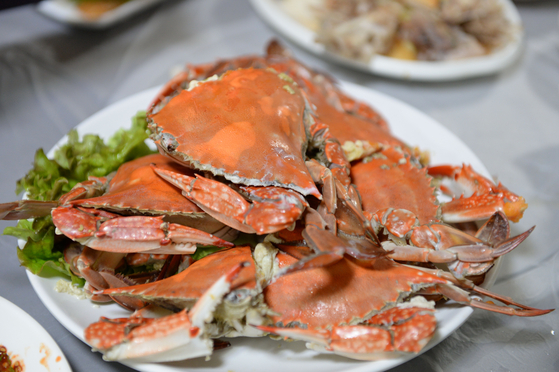 A plate of steamed crabs. [LIETTO]


While many enjoy steamed crab, this cooking process means getting the tasty meat from the shell is no easy task.

If you're not up for the challenge, try a boiled soup version that has a couple of crabs in a pot with some vegetables.

A daeha, freshly caught from the sea. [LEE SUN-MIN]


Another item to capture many foodies’ attention is shrimp, called daeha.

While they are now widely farmed and available all year long, the ones caught straight from the sea in season are most delicious.

Although the season is drawing to a close, they are still available at some restaurants, so keep your eyes open.

The readily available daeha are a little bit bigger than your longest finger, but the ones fresh from the ocean can measure longer than your entire hand.

Taean County — the Bali of Korea