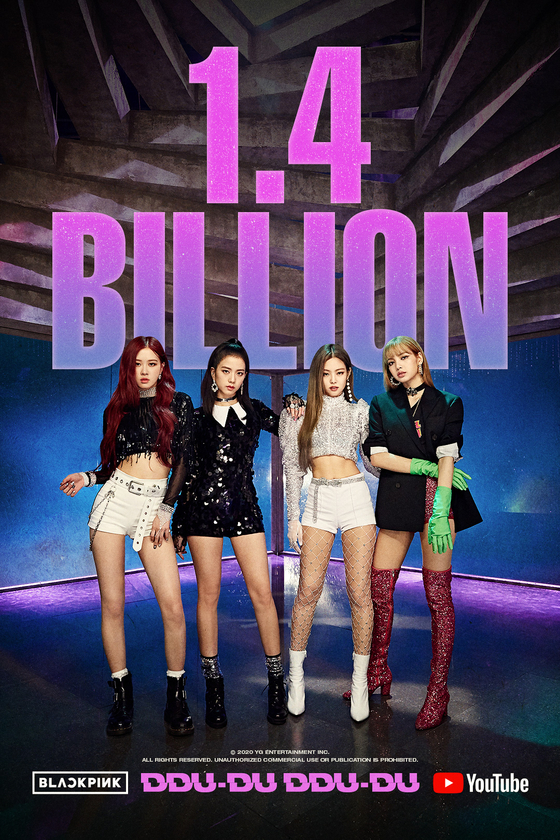 According to the agency, the group hit the 1.4 billion view mark at 3:32 a.m. on Monday, two years and five months after the video's June 2018 release as the lead track of the band's first EP, "Square Up."

The song has proven to be the group's biggest hit, with the music video breaking record after record ever since. It was the first-ever music video for any K-pop girl group or boy band to hit 1 billion views in November last year and continues to see worldwide viewership years after its release.

It reached No. 55 of the Billboard 100 singles chart immediately after its release, the highest for any K-pop girl group at the time.

As of Monday, Blackpink has 22 videos on YouTube — including music videos and choreography videos — that have surpassed 100 million views.