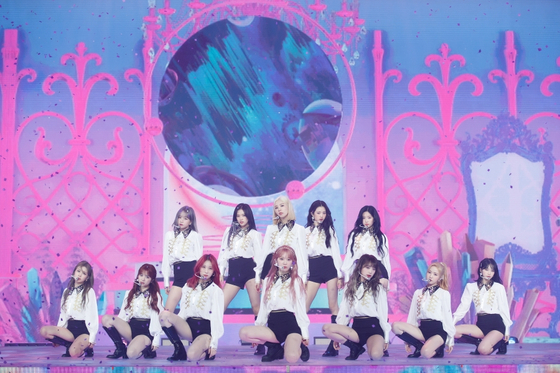 
Girl group IZ*ONE will release its fourth EP "One-reeler" on Dec. 7, after cable channel Mnet announced last week that it will continue to support the activities of the project girl group.

The group's agency Swing Entertainment announced on Monday that "One-reeler" was created with a film theme, as is evidenced in the title of the album, and will show "scenes" of growth and maturity of the 12 young girls. 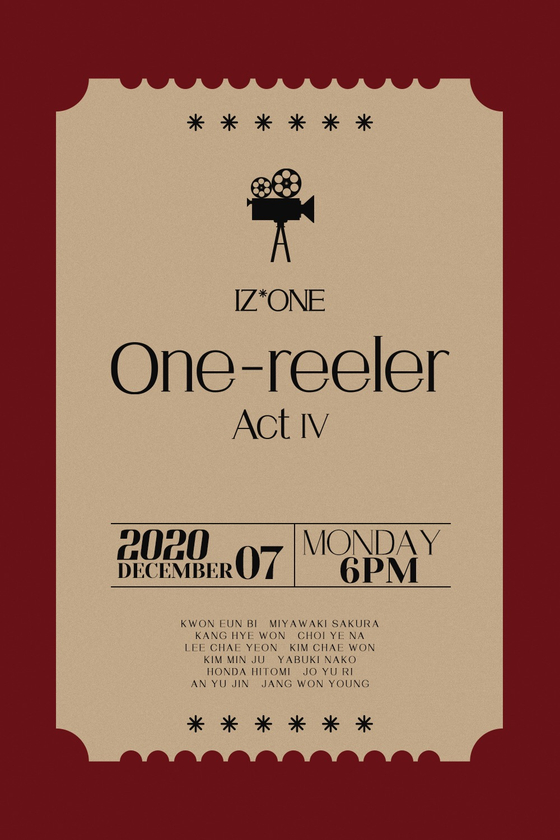 The twelve members of IZ*ONE were supposedly selected based on viewers' votes from the third season on Mnet's "Produce" K-pop audition series.

However the Seoul District Court on Wednesday disclosed a list of 12 trainees whose votes had been tampered with over the course of the four series of the show. On the list were Lee Ga-eun and Han Cho-won, who both appeared on series three, but did not make the final group.

Following the revelation, Mnet announced last week that it will "take responsibility" for the group.

“The responsibility of this situation lies entirely with Mnet,” the cable channel said in an official statement. “We will fully support [the members of] IZ*ONE who are already active [in their careers] and achieving their dreams.”