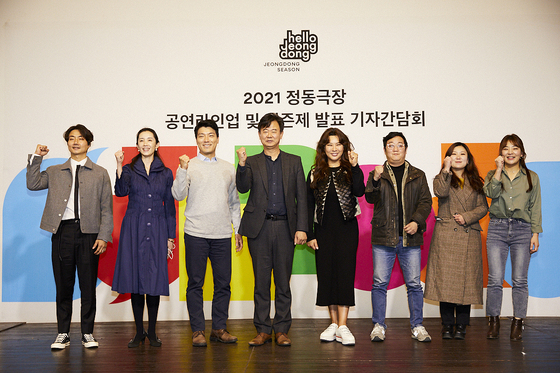 
Tour buses picking up and dropping off foreign tourists have long been a common sight at Jeongdong-gil in front of Jeongdong Theater, the representative venue that stages traditional performing arts.

But as the Covid-19 pandemic continues, the traditional theater has decided to carry out some dramatic changes to attract local visitors. In efforts to break away from its existing image, Jeongdong Theater has diversified its lineup as well as its ticketing system, and announced the launch of the theater’s new arts troupe.

But as of this year, the theater has been introducing more programs for local audiences.

“We started presenting our annual lineup in January this year,” said Kim Ji-sun, PR and marketing division manager of Jeongdong Theater. “This time we branched further from simply listing our annual lineup to providing a new package system so that the audience can buy tickets for multiple shows at a discounted price.”

The season's opening performance will be the musical "Bernarda Alba” which will be staged on Jan. 22. Based on the Spanish playwright Federico García Lorca's play "The House of Bernarda Alba," which is known for its female-focused narratives, the musical will be recreated using Michael John LaChiusa’s original scripts, lyrics and composition. Producer and actor Jeong Young-ju will play Bernarda Alba, who becomes the head of her family after losing her husband.

Coming up in April is the musical “Four Minutes,” which marks actor Yang Joon-mo’s second time to work as an artistic director. Based on Chris Kraus's German film of the same name released in 2006, the musical features two women whose lives revolve around playing piano.

"The fact that it’s based on a true story was very attractive,” Yang said. “I think it will be very touching, especially when they play the piano onstage.” 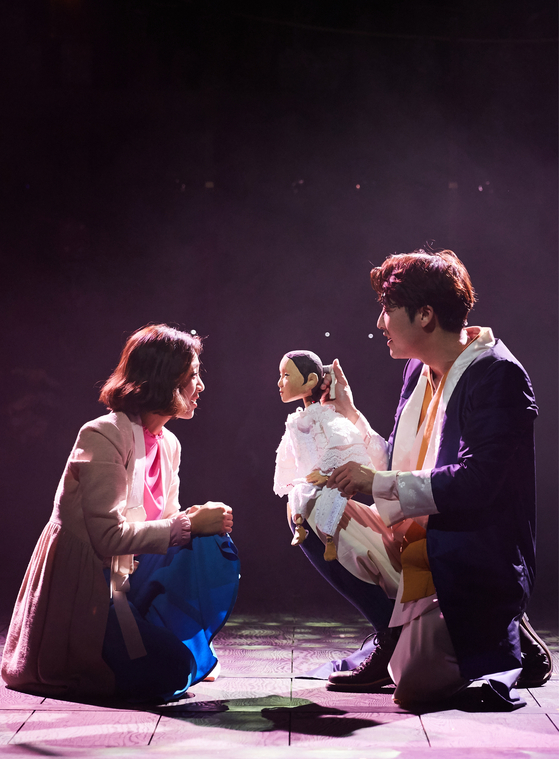 One of the most representative works of Jeongdong Theater is the musical "Pan," which will staged for the first time in three years. [JEONGDONG THEATER]


In July, one of the most representative works of Jeongdong Theater, musical "Pan," will be staged for the first time in three years. It tells the noble tale of the storyteller Dalsu and novel reader Hotae during the Joseon Dynasty (1392-1910) in the late 19th century.

As part of the dramatic transformation, the Jeongdong Theater will launch the Jeongdong Theater Arts Group next year. Consisting of 10 dancers and six percussionists, the 16-member troupe will stage traditional performances. The first series to be staged starting March is "SINAWI, Awakening," which will provide consolation to those who are tired with their busy lives and repeated daily patterns.

The 25-year-old theater is also scheduled to begin renovations in 2022 to transform itself into a multicultural space with a small-sized theater seating 300, and a medium-sized theater with 600 seats by 2024.

“Once the theater is reconstructed, we will strengthen our theatrical production,” said Kim Hee-chul, director of the theater, at a press conference hosted at Jeongdong 1928 Art Center in central Seoul on Nov. 11. “We will stage shows that we have discovered potential in from their runs in the small theater. After improving the quality, we will commercialize them by staging them in the medium-sized theater.”

Along with the performance lineup for 2021, the theater presented “Jeongdong Season Package 2021,” which groups next year’s offerings into four different options that come with discounts.

"I am happy to launch a seasonal package for the first time in 25 years since the opening of the Jeongdong Theater. In line with the need for wider offerings for audiences who love the performing arts, we will continue to adapt and redefine our identity as a public theater by varying our programs.”