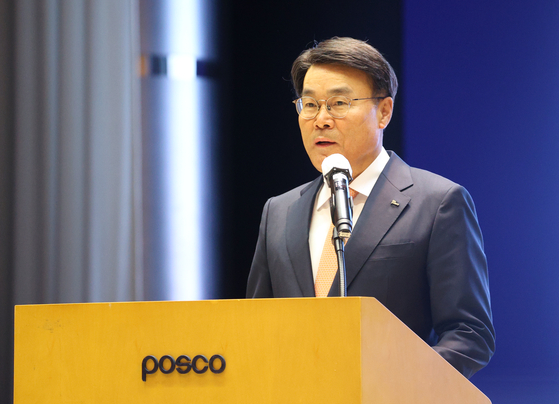 
Posco CEO Choi Jeong-woo expressed his desire to remain in his position for another term.

The company confirmed Choi’s wish during a board meeting held on Nov. 6 and started evaluations.

The process is expected to take around a month. The decision for the three-year term will be made final following the shareholder meeting and board meeting in March.

Choi’s term ends in March next year. He was named the CEO in July 2018.

His vision for the company upon inauguration was to help Posco become a company that can coexist with society, instead of solely pursuing profit.