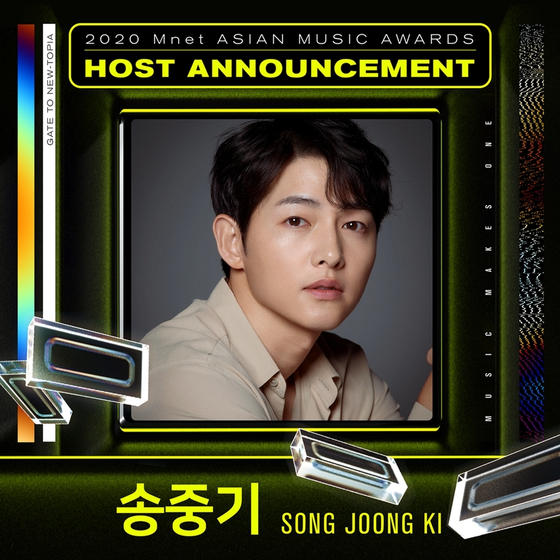 Actor Song Joong-ki will be the host of the 2020 Mnet Asian Music Awards (MAMA). [MNET]

Song is one of Korea's most popular celebrities globally thanks to his leading role in the hugely successful 2016 KBS drama, “Descendants of the Sun.” This is Song’s fourth consecutive year to host MAMA.

MAMA, one of Asia’s biggest music awards shows, organized by entertainment company CJ E&M, marks its 12th anniversary this year. It has been held in various cities including Seoul and Tokyo, but this year, it will be held online due to the Covid-19 pandemic.

"This year, we will present a new music festival that transcends time and space," Mnet said.

Actor Song Joong-ki's agency confirms he is in a relationship