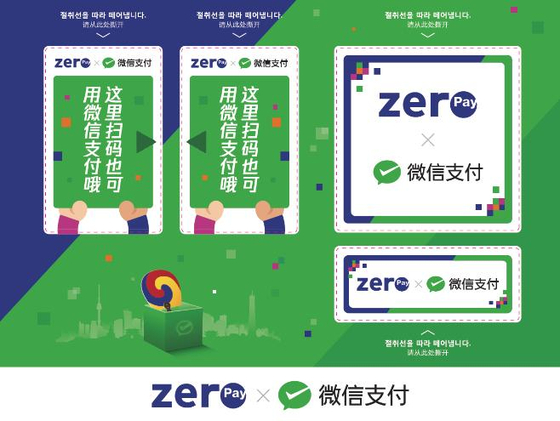 An advertisement from the Seoul city government on Zero Pay's partnership with WeChat Pay.

Shenzhen-based WeChat Pay has more than 800 million users. This will be the first attempt for the two countries to allow cross-border QR-code payments. Before, Korea and China used their own QR code formats which were not interchangeable.

A total of 270,000 partnering locations in Seoul and 42,000 establishments in Busan will be affected. The service will expand into other regions soon, according to the Korea Financial Telecommunications & Clearings Institute (KFTC), the operator of Zero Pay. The program will be expanded abroad, starting with payment services in Asean member countries.

The KFTC expects regional businesses, the biggest partner of Zero Pay, to benefit from Chinese customers once the social distancing level is lowered and trips to Korea resume.

In response to security concerns, the KFTC said customer information on the Zero Pay app will not be shared with WeChat Pay.