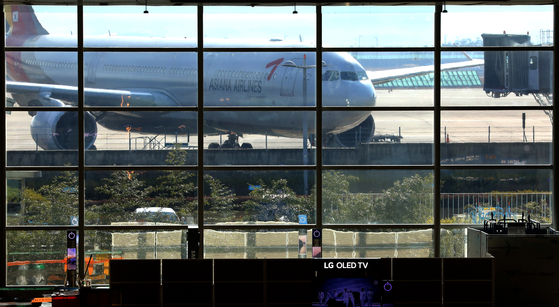 
Hanjin KAL has blasted its largest shareholder for objecting to the acquisition of Asiana Airlines by Korean Air Lines, which is 29.27 percent owned by Hanjin KAL.


Korea Corporate Governance Improvement (KCGI), which owns 19.55 percent of Hanjin KAL and controls 46 percent in concert with allied investors, has filed for an injunction with the Seoul Central District Court to stop the complex transaction.

The investment funds claims that the deal — which involves state-owned Korea Development Bank (KDB) investing in Hanjin KAL and Hanjin KAL buying more shares of Korean Air Lines to help in its acquisition of Asiana Airlines — is bad for the shareholders and helps Hanjin KAL Chairman Cho Won-tae in his battles with insurgent shareholders.

A hearing on the matter was held Wednesday, and a ruling by the court is expected before Dec. 2.

“Protecting 100,000 jobs is much more important than the profit of a private equity fund,” Hanjin KAL said in its statement Wednesday. “KCGI is trying to cover the eyes of the Justice Ministry through a preposterous lie in order to obtain a judgement they desire.”

“Survival of Asiana Airlines is at risk because of the greed of a speculative force that doesn’t even understand the airline industry, the situation the company faces and relevant facts, which could prevent the restructure of Korea’s airline industry,” Hanjin KAL added.

Hanjin KAL described KCGI as an “amateur speculative force” for demanding KDB be issued preferred stock instead of common stock.

“KDB needs to invest in common stock, which comes with voting rights that enables [the bank] to supervise. KDB cannot accept [Hanjin KAL’s] issuance of preferred stock because it wouldn’t guarantee business management and early normalization [of the airline industry].”

Hanjin KAL also disagreed with KCGI’s argument that enough capital can be raised through the sale of assets.

KCGI “is not being realistic,” the company said. “Hanjin KAL has been trying to sell off assets, but hasn’t been able to find appropriate investors due to the aggravated market condition from Covid-19.”

KCGI issued its own statement on the same day.

The bank's investment in Hanjin KAL "violates the rights of existing shareholders," the fund said in its statement.