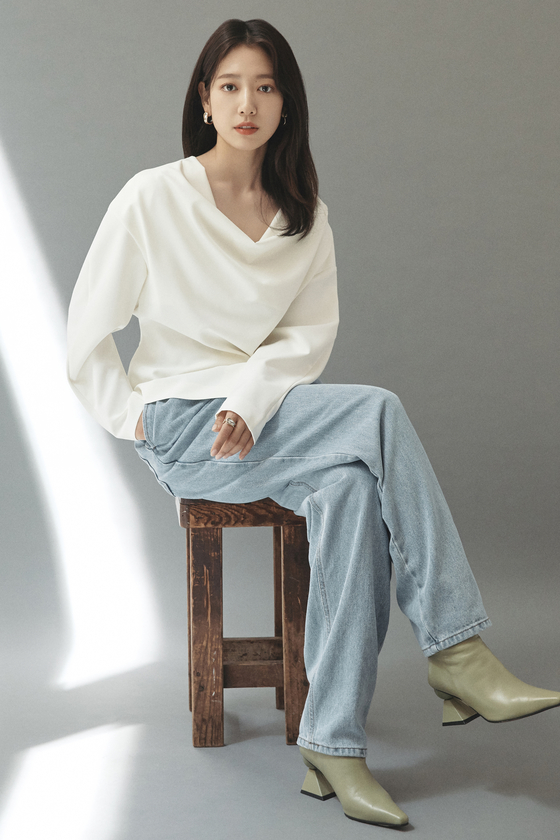 
Actor Park Shin-hye has long been associated with the Japanese comic and animation “Candy Candy” and her character Candy — a girl who faces hardship but overcomes them with her spirited brightness. Her naturally cheery disposition, as seen on the reality shows she appears on from time to time, and interviews with her co-stars are evidence that Park seems to be well-liked by everyone.

But in her upcoming thriller “The Call,” set to be released through Netflix on Friday, Park shows a much different side.

Park plays Seo-yeon, a 28-year-old who longs for her father who died in a fire and is on awkward terms with her mother. She returns home one day to find that the cordless phone in her home is now linked to the past and she can reach a girl named Young-sook (played by Jun Jong-seo) who used to live in the same home 20 years ago. The two first start off as friends, but their relationship turns ugly when Young-sook begins to show her true colors as a ruthless serial killer in pursuit of Seo-yeon and her family. 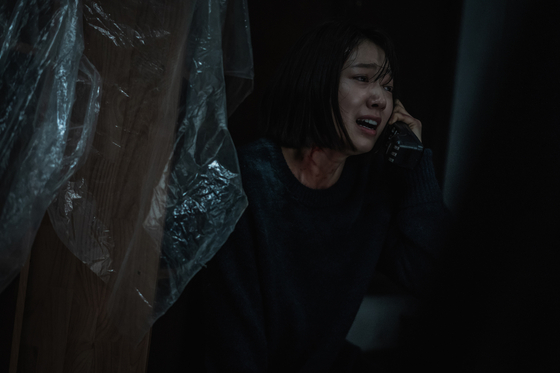 Seo-yeon (played by Park Shin-hye) finds her phone has been connected to the past and she can contact a young woman named Young-sook. [NETFLIX]


“When I act, I always am thinking about [the character’s] validity,” Park said during an online press interview Tuesday. “Before, I’ve always portrayed characters that no matter what kind of trouble they're in — they may be tired, overwhelmed or cry — they get through it.

“But Seo-yeon [is different]. She accepts it, and she gives in. She falls down, suffers, and she doesn’t gallantly overcome her issues,” the actor said. “Rather, she retaliates — even violently sometimes — and seeks revenge, and like Young-sook’s volatility, Seo-yeon is also toxic. There are many different sides of me inside me, and [through this role] I could portray my anger and instability that’s been hidden from the public.”

As Seo-yeon tackles Young-sook, she yells, curses, pleads and begs as the situation unfolds. Park wanted her character's reactions to be honest and raw and tried to imagine what would it be like to fight someone whom she’s never met and had only interacted with through the phone. 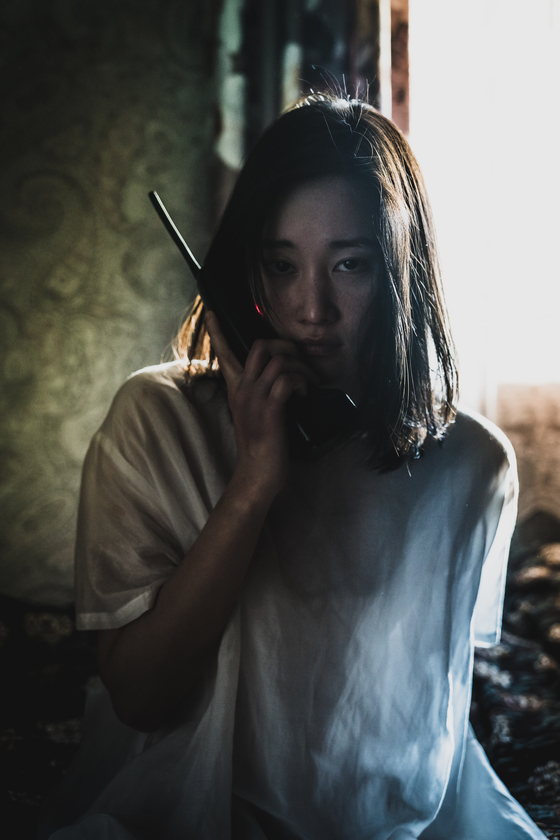 
“Since we were facing each other through the phone, we could only rely on each other’s voices,” she said. “When we were filming our own scenes, the other would also be there and read the lines, but we weren't able to look into each other’s eyes and could only rely on each other's voices. It would have been a lot easier [to act] if I could see the other actor’s facial expressions, in what emotional state she was in, but I couldn’t. In a way, that made me rely more on my senses.”

Despite the difficulties, Park seemed generally satisfied with her performance.

“I think personally, through this project I opened up a gateway,” she said. “As I grow older year by year, the range of emotions that I can express have been neatly piling up one by one, and I felt like I burst that balloon that’s been inflating. Through ‘The Call,’ I had the chance to face my own desperateness and anger, that’s something that I think the audience would feel differently, whether I intended or not.”

A plot which sees two people in different times connected through an object is nothing new.

In Korea, two police detectives living in different times are able to communicate with each other through walkie-talkies and solve crimes in the mega-hit tvN drama series “The Signal” (2016).

But Park says that what distinguishes “The Call” from other similar themes is the characters’ wretched determination. 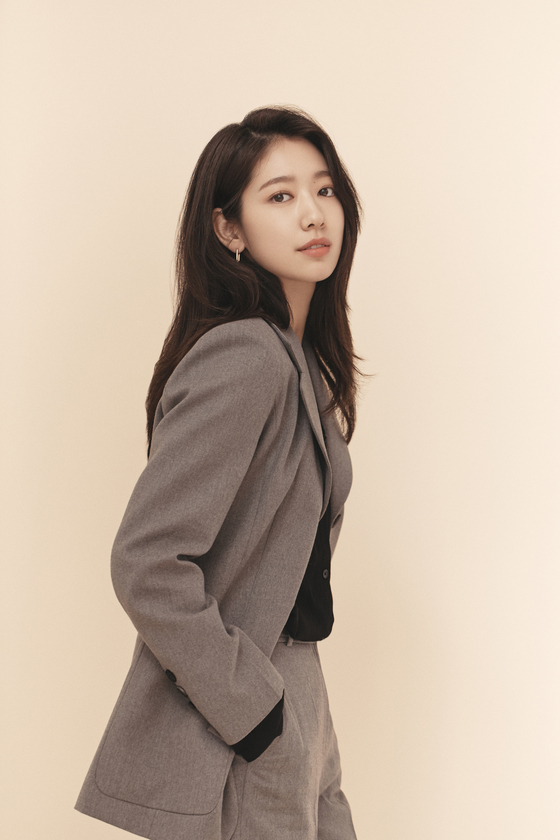 
“In ‘The Call,’ the film takes place in one location, and the circumstances change only for the characters living there,” Park said. “The scenes which show how sordid it can be to cope with the price of your choices are what differentiates this film from others.

“And it’s not just Seo-yeon — Young-sook in the past also lashes out in fear of how her future might change. Although in different circumstances the two are facing the same kind of urgency,” she said. “Young-sook doesn’t want to be discovered as a killer and she bullies Seo-yeon for her survival, and Seo-yeon in the present wants to save her family.” 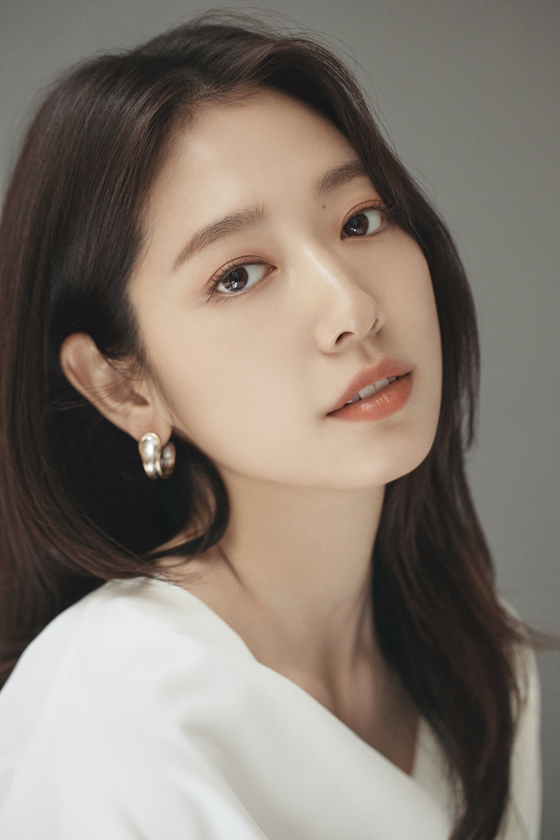 
The actor also had time to reflect on the importance of momentary choices through her character.

“If I didn’t have remorse for my past actions, mistakes, I wouldn’t want to go back to the past to change my decisions,” she began. “But everyone has some kind of lingering regret. But because they feel regretful, that’s how the present exists, and that should become the stepping stone to create the future. I also try not to be caught up in those regrets, and the way to do that for me, is to focus on my current choices. For me, the meaning of choices is that even though I’ve made so many mistakes and done so many remorseful things, through them I try to find a better way and make better choices, and that’s how the person I am is able to exist today.” 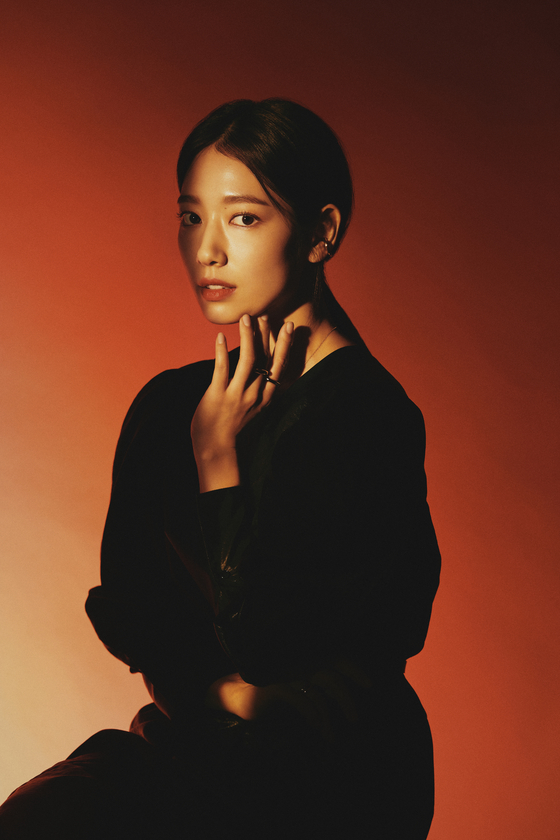 
When a reporter asked how it was to feature in a female-centered film, the actor stated that she hopes the film will not defined by the gender.

“I don’t really want to divide it up by gender, but it is true that the film itself features all-female leads,” she said. “It also explores motherhood and friendship amongst girlfriends, and I think they’ve all blended in to go well together.”

Park feels that she still has so much to show to the public, and hopes to reveal another of the many sides to her personality through the upcoming JTBC drama series “Sisyphus: The Myth” (working title), which she’s currently filming. The sci-fi mystery series, which sees actor Cho Seung-woo and Park take the helm, is scheduled to air sometime early next year.

“If in ‘The Call’ I scaled up my emotional energy, in ‘Sisyphus,’ I hope to depict a different kind of love story, and show action scenes that I haven’t shown to the public before,” she said.