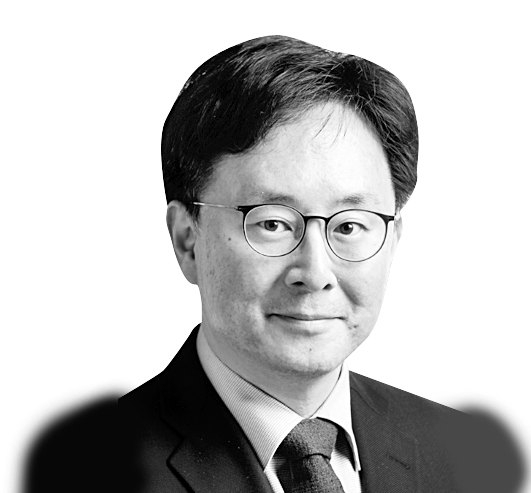 Lee Chul-jae
The author is head of the Military and Security Research Center at the JoongAng Ilbo.


In November 1991, Ashton Carter, director of the Belfer Center for Science and International Affairs at the Harvard Kennedy School, published a paper with colleagues entitled, “Soviet Nuclear Fission: Control of the Nuclear Arsenal in a Disintegrating Soviet Union.” As the Soviet Union was on the verge of collapse, the authors had a dire warning for Washington: If the Soviet Union collapsed, the United States must make sure that its nuclear weapons deployed in Kazakhstan, Uzbekistan and Belarus do not fall into enemy hands.

A few days later, Senator Sam Nunn, a Democrat from Georgia, and Senator Richard Lugar, a Republican from Indiana, invited Carter to a breakfast, where the Harvard director briefed them about the chances of nuclear weapon proliferation. Just nine days after the meeting, the senators drafted the Nunn-Lugar Cooperative Threat Reduction (CTR) Program.

Around the time the program was signed into law, the Soviet Union broke up. The United States paid $1.6 billion to assist Kazakhstan in transferring all of its Soviet-era nuclear warheads to Russia, saving the world from a nuclear crisis. Carter was only 37 years old at the time.

The bipartisanship between Nunn and Lugar was outstanding, but what’s even more remarkable is how the young scholar was able to devise a scheme that saved the world. Carter went on to serve as secretary of defense in Barack Obama’s administration from 2015 to 2017.

Huge land, rich natural resources and advanced technology are not the only aspects that make the United States the world’s greatest country today. A number of strategists like Carter have played a crucial role in helping America play its outsized role on the global stage. A true strategist does not offer specific tactics to win battles; they analyze the flow of a situation from a long-term perspective and provide insights on how government policies should be designed to serve the country.

George F. Kennan was another such strategist. While serving as chargé d’affaires to the Soviet Union in 1946, Kennan sent a lengthy telegram to the U.S. Department of State detailing the urgency of an American strategy to stop the expansion of Soviet communism. The plea paved the way for Washington to adopt the containment policy, which became the backbone of the Cold War.

While serving as a national security adviser to the Senate Steering Committee in 1980, Michael Pillsbury, currently director of the Center on Chinese Strategy at the Hudson Institute, wrote in an op-ed published in Foreign Policy under the title “Strategic Acupuncture,” that if Beijing and Washington were to face off against each other, Beijing would try to aim for Washington’s most vulnerable point — the acupuncture point — considering its relatively weaker power. Seventeen years later, in 1979, China’s PLA National Defense University officially acknowledged that the People’s Liberation Army was indeed pursuing “strategic acupuncture” against America.

Other leading U.S. strategists include former Secretary of State Henry Kissinger, who shook the Cold War order by engineering the policy of détente with the Soviet Union and orchestrating the establishment of diplomatic relations with China; former National Security Adviser Zbigniew Brzezinski, who compared the world to a “grand chessboard” and suggested ways for the United States to retain global hegemony; and Andrew Marshall, former director of the Department of Defense’s Office of Net Assessment, who advised eight presidents on defense policy.

The United States is not the only country who had strategists. Egon Bahr, while serving as the West German state secretary to Chancellor Willy Brandt from 1969 to 1972, formulated the New Eastern Policy and led West Germany’s improvement of ties with East Germany, the Soviet Union and Eastern European countries. The long-term goal of the New Eastern Policy was German unification, and in 1990, that goal was fulfilled.

Korean strategists, on the other hand, include Kim Jong-whi, senior secretary to former President Roh Tae-woo, who played a key role in crafting the Northern Policy, which helped Korea establish diplomatic ties with the Soviet Union and China. Im Dong-won, former chief of the National Intelligence Service, outlined the framework of the Sunshine Policy during the Kim Dae-jung administration, heralding a historical period of peace with North Korea.

Unfortunately, I cannot find a single strategist in the Moon Jae-in administration. The government’s Korean Peninsula peace process envisions Seoul in the forefront of peace-building efforts, leading Pyongyang and Washington to denuclearization and establishing permanent peace.

It seemed to work for a while — but not anymore. Today, North Korea has severed all communication with South Korea, and fears are rising that U.S. President-elect Joe Biden’s administration may adopt a more hostile approach to Pyongyang than Donald Trump. Antony Blinken, Biden’s pick for secretary of state, is known as a North Korea hawk. He once called North Korean leader Kim Jong-un “one of the world’s worst tyrants.”

Despite these seismic shifts, the Moon administration insists there is absolutely nothing wrong with its peace process. Last week, Moon sent congratulatory messages to four U.S. lawmakers for their election victories, who co-sponsored a resolution calling for a formal end to the 1950-53 Korean War. It is too early to tell what the Biden administration will think of a war-ending declaration, but it’s unlikely to welcome it. The Moon administration has already sensed a changed atmosphere in Washington, which is probably why it scrambled to dispatch Foreign Minister Kang Kyung-wha to Washington to introduce the war-ending declaration idea to Biden’s aides. Lawmakers from the ruling Democratic Party also visited the United States around the same time.

There are many in the Moon administration who consider themselves “Korean Kissingers.” In reality, no one sees them as strategists. Past administrations placed more emphasis on presidential aides who helped stabilize volatile situations instead of strategists who presented creative ideas for the future. It is time to ditch that tradition. South Korea needs its own Kissinger more than ever.