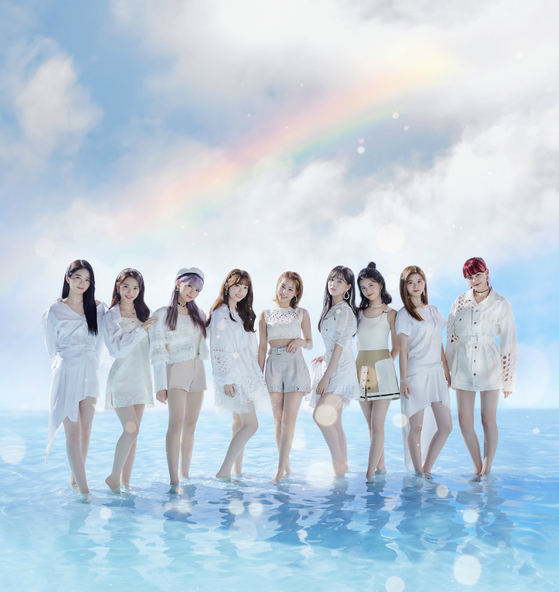 The group dropped “Step and A Step” on Nov. 25 ahead of its official debut on Dec. 2.

NiziU has already been attracting attention, garnering 100 million YouTube views on the music video for its pre-debut song “Make You Happy.” The particular song was written and composed by Park Jin-young, head producer at JYP Entertainment.

The group was formed through audition program "Nizi Project," run by Korea’s JYP and Japan’s Sony Music. A total of nine members were selected and a pre-debut album was released in June.

Although the album features songs in both Korean and Japanese, the group’s main focus will be audiences in Japan. All members are Japanese, and they all completed the JYP training program. Many call the group the Japanese version of Korean group Twice.