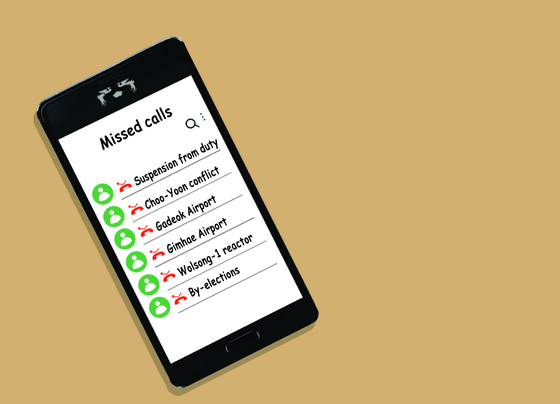 President Moon Jae-in has been mum on many issues including Justice Minister Choo Mi-ae’s suspension of Prosecutor General Yoon Seok-youl, the war between them, the ruling party’s plan to build a new airport on Gadeok Island instead of expanding Gimhae Airport, the government’s removal of data on the Wolsong-1 reactor to justify a nuclear phase-out, and the ruling party’s abandoning of its promise not to field candidates in Busan and Seoul mayoral by-elections next April. [PARK YONG-SEOK]