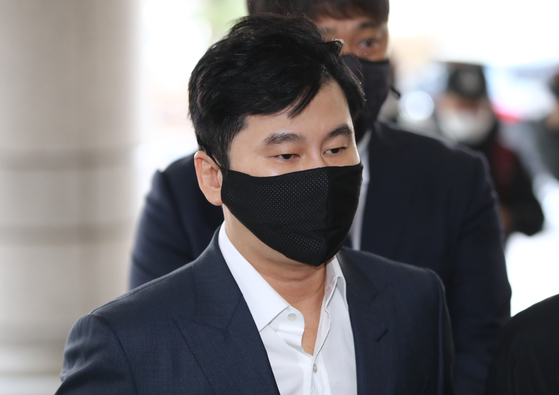 Yang was indicted earlier this year for gambling overseas with three other associates from YG and its affiliate company YGX from 2015 to 2019.

The court found them guilty of gambling on over 20 occasions at casinos in Los Angeles and spending 400 million won in the process.

A 37-year-old associate surnamed Kim and a 41-year-old named Lee, the co-head of YGX, were fined 15 million won, while a 48-year-old surnamed Keum was sentenced to 10 million won.

"They could negatively affect the general public and the younger generation," the court said.

Prosecutors had initially filed for a summary indictment, which would have ended the case without trial, but the judge said the case required a proper trial "based on the nature of the case."

Yang and the defendants pled guilty but asked to be forgiven because the crime was "not severe" at a final hearing, and the prosecutors only requested 10-million-won fines.