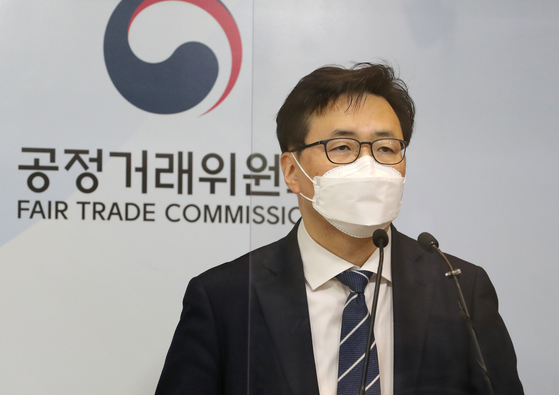 
Daewoo Shipbuilding & Marine Engineering (DSME) was hit with a 15.3-billion-won ($13.8 million) fine for mistreating its subcontractors, including forcing them to accept contract prices below labor cost, the Fair Trade Commission (FTC) said Sunday.

According to the government office, the shipbuilder was found to have violated the Fair Transactions in Subcontracting Act, a law aimed at preventing companies from abusing their power over smaller suppliers. Apart from the fine, the FTC said it will sue DSME for breaching fair trade laws.

The investigation was initiated after a series of complaints were submitted by DSME's subcontractors.

From 2016 to 2019, DSME unilaterally set contract prices for 1,471 deals below production cost — which in the case of shipbuilding, mainly occurs from labor. The 91 subcontractors involved are outsourcing companies that send their workforce to the shipbuilder’s construction sites for ships or offshore plants. All of the projects involved modifications or fixes to ongoing projects.

For each contract, a team at DSME in charge of the project submitted plans specifying man-hours. DSME’s budget department intentionally cut these submitted man-hours to a point lower than the actual labor cost needed, the FTC said. According to the FTC’s estimate, the actual paid price and subcontractors’ labor cost was off by 1.2 billion won.

Subcontractors, however, had no choice but to accept the rate, as DSME didn’t provide a contract to sign before the construction started — a frequent practice in the shipbuilding industry.

The commission found that DSME had not issued contracts before starting work on 16,681 occasions between 2015 and 2019. For all of these projects, working with 186 subcontractors, DSME agreed to a contract containing payment and detailed instructions only after construction had started.

“Because of this practice, subcontractors had to embark on the project without knowing what the construction is exactly about or how much they’ll receive in exchange,” the FTC said in a Sunday statement.

“They were forced into a disadvantageous position where they had no choice but to accept a unilaterally decided price.”

The fine included a penalty for DSME canceling 111,150 orders with 194 subcontractors between 2016 and 2019, without taking any responsibility for the financial impact it would have on the suppliers.

These subcontractors supplied iron components and pipes for DSME’s ships and offshore plants, which are often manufactured according to specifications suggested by the shipmaker and are therefore difficult to be sold to an alternative buyer.

“DSME canceled or altered orders citing change of design or shippers’ request,” FTC said. “Subcontractors are allowed to accept or decline through an [online] system, but there was zero discussion in regards to the damage that would cause.”

The online format of the system also lacked a box where DSME could elaborate on the decision, the commission added, which often left subcontractors with no choice but to accept the decision without knowing why.