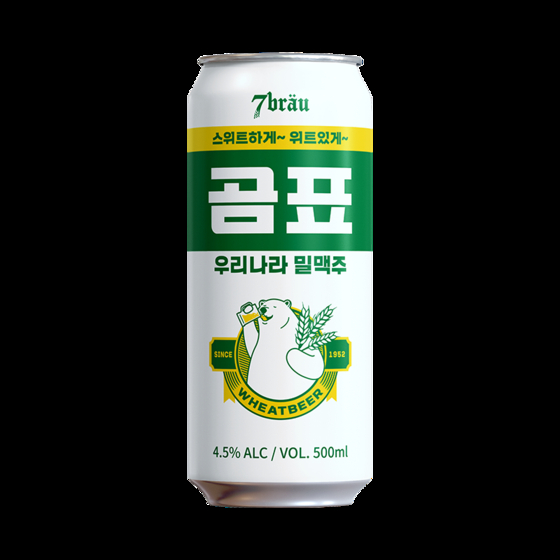 
The hot product of 2020 is a beer with Gompyo’s signature polar bear on it.

Daehan Flour Mills collaborated with the local beer manufacturing company Sevenbrau Beer and convenience store CU to create the product. The first 100,000 units were sold out just three days after its release in May, and 300,000 units were sold in a week. Five months after its release, more than one million units have been sold. Demand is so high that the company has stopped taking orders, and it won't say when it will resume.

Gompyo — gom means bear in Korean — is the main brand of flour sold by Daehan Flour Mills. But other products bear the Gompyo brand and the company is leveraging the popularity of its hit beer.

Products that go well with beer, such as Gompyo popcorn and Gompyo nachos, are also seeing increases in sales.

Now Gompyo is expanding out of snacks. The bear brand has been applied to stationery items, bags, cushions, foam cleansers, hand cream, sunscreen and even Bluetooth earphones. 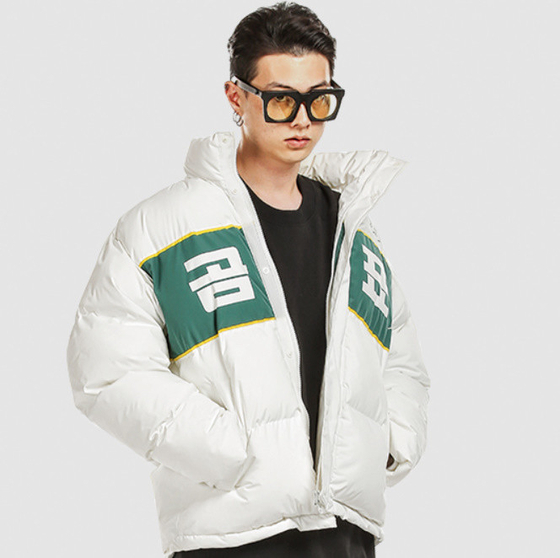 Daehan Flour Mills, the flour producer behind Gompyo, partnered with 4XR, a men’s fashion brand, in 2018 and released a line of T-shirts and sweatshirts inspired by its signature polar bear character printed on the company’s flour sacks. [DAEHAN FLOUR MILLS]


An oversized white padded jacket released last September was a big hit on social media as influencers and fashionistas were drawn to its quirky design — from a distance it could be mistaken for an actual sack of the bear brand flour. It was so popular that inquiries from customers have continued throughout the year.

Gompyo opened its online store Gompyo Re:tro House in 2018. It changed the name to Gompyo Bakery House last year. The site introduces the history of Daehan Flour Mills, and functions as an online mall that sells flour and retro-themed products.

Daehan Flour Mills is primarily a B2B [business-to-business] company, meaning the company sells flour to companies rather than to ordinary consumers. It started marketing the Gompyo brand to the public to make a connection with younger people. Without such a link, there is a risk that confectionery and baking companies may turn away from Gompyo in future.

“According to a survey in 2018, only one out of five people aged between 20 to 39 knew our brand,” said Park Jae-jeong, a marketer at Daehan Flour Mills. “While the elderly were well aware of Gompyo, that was not the case with the younger generation, who will be our future customers.”

"Just as CJ Group reminds us of the cultural industry beyond food, we will strive to become a company that sells culture while using flour as the main ingredient," an official of Daehan Flour Mills said.

Flour import costs up 21.8% as war and pandemic hit supply