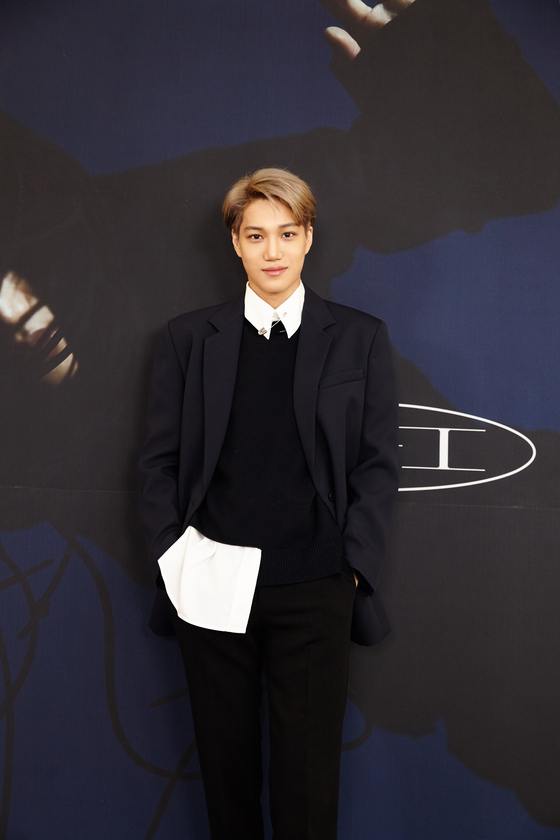 
From being a member of Exo and SuperM, to now taking the stage on his own — Kai will drop his debut solo album “KAI” at 6 p.m. Monday, his first solo release in eight years.

“I almost feel like my heart is hurting. I feel that everything is actually happening,” Kai said on Monday morning during an online press conference, in which he watched the completed version of his music video for the lead track “Mmmh” for the first time, along with Exo member Baekhyun who emceed the event.

“I wasn’t actually nervous backstage. But when I started talking to Baekhyun and realized that I will be talking to reporters, it began to hit me. I’ve done solo performances as a part of Exo, but to release a whole album just feels so nerve-wracking and exciting.” 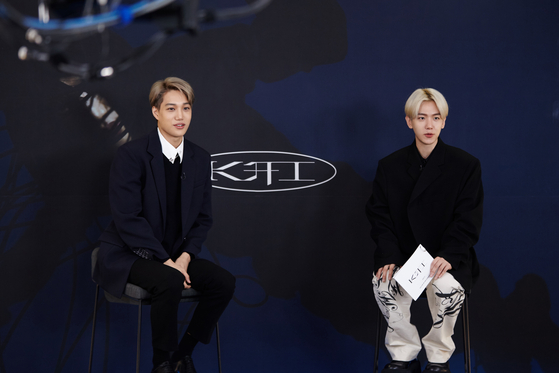 Singer Kai sits down with member Baekhyun of Exo on Monday morning for his first solo album ″KAI.″ [SM ENTERTAINMENT]


Kai’s self-titled, six-track album features lead track “Mmmh” along with "Nothing On Me," "Amnesia," "Reason," "Ride Or Die" and "Hello Stranger," comprising diverse R&B songs with the best of Kai's exquisite performance skills. As a member of Exo and SuperM, Kai was known as “the charismatic one” as well as the best dancer, sporting fluidity in his movements which he picked up during practical dance lessons at the School of Performing Arts Seoul in his high school years.

“I know that I’ve come across as the strong, maybe even tough, member of Exo,” he said. “But I want to show people that I am a very approachable person. I want to show a diverse side of myself not only as an artist but also just as a person. I hope that this album is a chance for me to do that. So there aren’t big goals — just show people that I am an artist with this voice.”

Last Friday, his agency SM Entertainment released a video titled "FILM: KAI” featuring highlights and performances of the six new tracks, which has garnered over three million views. In contrast to other teaser videos which use clips from already filmed music videos, Kai shot entirely new scenes for each track with new costumes and choreography. He also took part in the decision-making process related to not only the teaser video, but also the album itself. 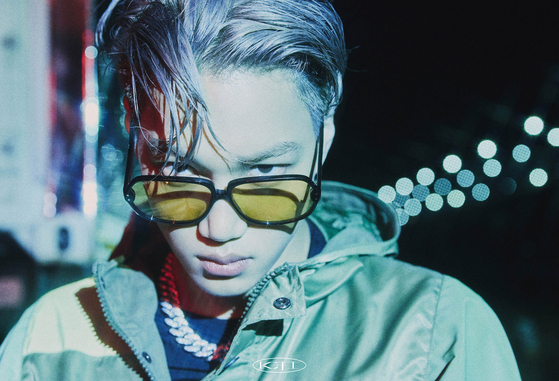 
“I thought about what was going to suit the mood and message of the songs and how to show that in the details,” he said. “I came up with the choreography for all of the tracks and also participated in the visual arts as well. I love each song and album I’ve done with Exo, but I think that this is a chance for me to do something that I like the most and the things I can do best.

“And Exo’s got so many handsome members like Baekhyun right here. Now that they’re gone, won’t that give me a chance for people to focus on me better?” he added, laughing.

Kai was featured in an episode of MBC’s reality show “I Live Alone” on Nov. 20, which takes a look at the everyday lives of celebrities and their homes. While Kai hasn’t been a frequent guest on local entertainment shows until now, he's realized that appearing on TV gives people outside of his loyal fandom a chance to get to know him. 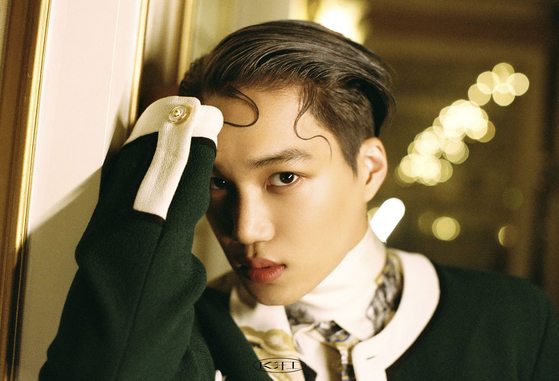 
“I used to worry that if I appear on an entertainment show and do or say something, then people will only remember me as that particular person,” he said. “But I’ve realized [through ‘I Live Alone’] that it allows more people to get to know me and my music. I enjoyed being on the show, but moreover, I hope that it helps people become more familiar with who I am as a singer.”

Ahead of his third debut — first as a member of Exo, then as a part of SuperM — Kai hopes that people get to know him more personally through his solo work.

“I’m going to try my best, more so because this is my first solo work,” he said. “I’m going to do anything and everything that I need to. I hope I get through it all without getting hurt and mark my name in people’s minds. I hope that people see me as someone different from all others. Above all, I want people to think that I’m a cool guy who looks happy doing his music. Being happy is the No. 1 thing for me.”

RM will be third BTS member to release solo music