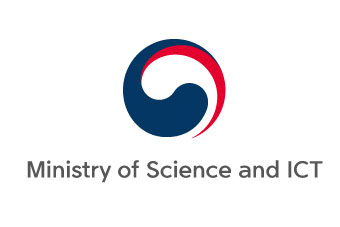 Major content providers will be held responsible for the maintenance of network quality from Dec. 10, following government approval of the so-called Netflix law.

According to the Ministry of Science and ICT, reforms in the Telecommunications Business Act enforcement decree were approved in a cabinet meeting Tuesday.

Under a newly added clause, content providers that attract an average of more than 1 million users per day and account for more than 1 percent of Korea’s internet traffic are responsible for ensuring network stability.

This is equivalent to the traffic volume generated when more than 35,000 users watch high-definition movies all day long. Netflix, Facebook, Naver and Kakao are all on the list.

The reform included a written rule that says authorities are able to request documents that prove content providers’ efforts to ensure service stability in case of server breakdowns and service failures.

“When problems occur with online content services, the blame was on internet service providers only,” said a telecom source. “The reform is meaningful in that it sets a written basis for content providers to no longer neglect the responsibility of maintaining a quality network.”

In April, Netflix Korea sued SK Broadband arguing it should not be charged for expanding the local company’s network. SK had been requesting Netflix contribute to the cost of network expansion caused by the streaming service’s popularity in the country.

There was an earlier case in which Facebook and the Korea Communications Commission (KCC) clashed over a 396-million-won ($332,000) fine for routing their traffic through overseas servers to dodge KT’s rates — a move the KCC says hurt user convenience. However, KCC was ordered by the Seoul Administrative Court to cancel the fine.

Contrary to the purpose of the reform to level the playing field for global and domestic content providers, local internet companies are unimpressed. Naver and Kakao already pay large sums of money to internet providers. For them, the reform is just another set of vague regulation to look out for.

“The core of the reform depends on how rigorously the science ministry penalizes content providers in case of errors,” said an anonymous IT source.

“But realistically speaking, global firms like Netflix, Google and Facebook don’t operate services from Korea, it’s just the data that’s transferred here from their headquarters and servers in the United States. Regulators don’t have access to them.”