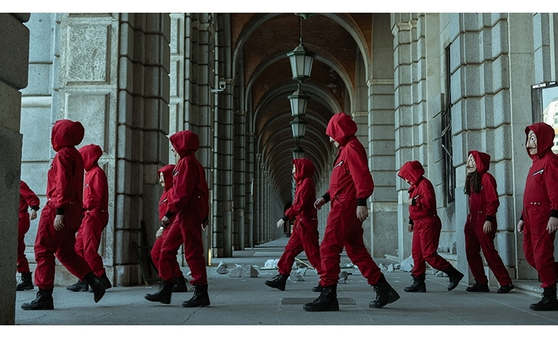 
Spanish original Netflix series “La Casa de Papel” will be getting a Korean remake, the streaming platform announced on Tuesday.

Released by Netflix in 2017, the Spanish series has gained global popularity by attracting fans of fast-paced crime drama series.

The most recent season, “La Casa de Papel - Season 4” was watched by 65 million Netflix users across the globe in the first four weeks after its release in April. The fifth and final season is currently under production.

For the much anticipated Korean remake, Kim Hong-sun, the director behind numerous crime genre dramas including OCN’s “Voice” (2017) and tvN’s “Liar Game” (2014), will take the helm.

"Korean creators have been developing their own language and audiovisual culture for years,” Álex Pina, creator and executive producer of “La Casa de Papel” said. "That is why I find it fascinating that the world of 'La Casa de Papel' is so attractive to Korean creators as to do an adaptation. The fact that the action is set on the Korean Peninsula also seems to me to be a milestone which I am really delighted about."

The Korean remake of "La Casa de Papel” will consist of 12 episodes. The official title of the remake, casting and release date will be announced at a later date.