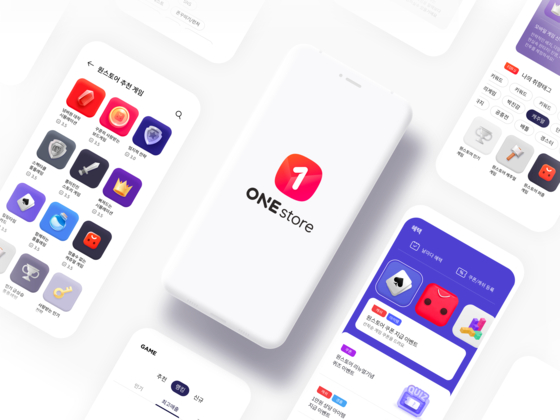 One Store, a Korean Android app store, has been establishing a strong presence in the local app store market and is gaining fast on Google's own Play Store.

One Store was established in 2016 as a collaboration between Korea’s three mobile carriers and portal operator Naver. The Android-based app was created as an attempt to break into the local application market, dominated by Google and Apple.


One Store announced Monday that it has achieved its highest third-quarter performance ever, but declined to disclose specific details about sales figures or total transactions.

Based on a quarterly report from SK Telecom, One Store generated 123.5 billion won ($112.1 million) in cumulative sales in the first three quarters of the year. Based on that figure, One Store likely made roughly 43.4 billion won in the third quarter alone.

In terms of the number of transactions, IGAWorks said One Store holds about an 18.4 percent market share in the local app store market in August — placing it second after Google’s Play Store. Apple’s App store ranks third with 10.6 percent of market share.

IGAWorks analyzes the app market as a whole, even though Android and Apple apps are only available on the respective devices.

While Google and Apple have been at the center of controversy regarding their dominance of the app market, One Store took it as an opportunity and a means of attracting customers.

Since July 2018, One Store lowered its commission fee to 20 percent from 30 percent on all in-app purchases. Starting October this year, it has also been offering 50 percent discounts on commission fees for businesses with monthly transactions under 5 million won.

Google Korea’s recent announcement that it would force a 30 percent commission fee on all in-app purchases is another driving force behind One Store’s fast growth. Local app developers who were upset with Google’s decision are turning their eyes to One Store as an alternative.

Currently, major Korean content streaming services including Wavve and music streaming services such as FLO, Genie and Bugs are planning to enter One Store. One Store’s transactions in the third quarter jumped 22.3 percent compared to the same period a year ago.

In terms of gaming app transactions, the number on One Store has nearly doubled compared to the second quarter of 2018, before the app store decided to lower commission fees. In the third quarter of this year, many popular games such as Nexon’s The Kingdom of the Winds: Yeon and Gravity’s Ragnarok Origin were launched through One Store. Gaming apps are one of the largest income sources for app store companies as the number of transactions per user tends to be higher than other apps.

One Store has also been offering promotions targeting consumers.

As well as discount coupons, One Store offered cashback events, giving refunds of 30 to 50 percent on total transactions inside certain gaming apps. The number of people who purchased gaming apps through One Store in the third quarter increased by 19 percent compared to the same period a year earlier as a result.

“Our in-app purchase transactions have been increasing for nine consecutive quarters since the third quarter of 2018, when we started lowering commission fees,” a spokesperson for One Store said. “Total transactions this year are expected to exceed 800 billion won, up some 100 billion won compared to last year.”