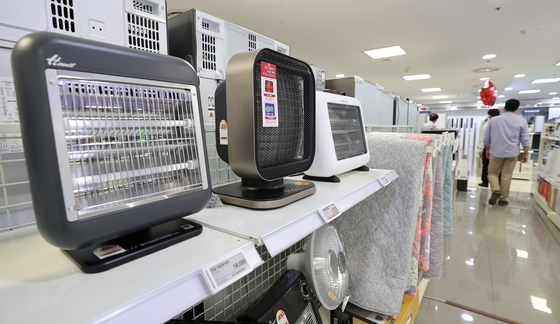 
Lotte Hi-Mart electronics store was hit with a 1-billion-won ($908,000) fine for mistreating workers seconded from its suppliers, including forcing them to sell electronic goods from other brands, the Fair Trade Commission (FTC) said Wednesday.

According to the regulator, the electronics retailer was found to have violated the Act on Fair Transactions in Large Retail Business by using 14,540 seconded workers as if they were Hi-Mart staff.

From January 2015 to June 2018, seconded workers who were supposed to promote their companies' products were forced to sell all sorts of goods, including credit cards, phone plans, funeral services offered by partners of Hi-Mart and even products made by their companies' competitors.

For example, a worker seconded from rice cooker manufacturer Cuchen was ordered to sell rice cookers made by LG and Cuckoo. The 14,540 seconded workers from suppliers generated some 5.5 trillion won in sales over a three-year period. They were forced to do inappropriate jobs at Hi-Mart stores such as cleaning, organizing parking lots and promotional activities.

Hi-Mart also unfairly collected 18.3 billion won in the form of “sales incentives” from some 80 suppliers. That money was used to reward the staff of Hi-Mart. The store also passed on to suppliers increased logistics costs, totaling 192 million won, after affiliate Lotte Global Logistics decided to increase logistics fees.

“Hi-Mart has committed a serious offense by abusing the seconded workers for a long period,” said the FTC Wednesday. “Considering the store showed very little desire to improve the situation during the investigation, we will thoroughly monitor Hi-Mart to see if they abide by our corrective order.”

The regulator expected Wednesday’s decision to help root out similar wrongful practices in the retail industry.

The FTC also revised a guideline for retail companies on using seconded workers. According to the guideline, such workers will only be allowed to sell and maintain products from their own companies. Retailers that violate the guideline will be punished.