Dec. 5: K-pop boy band B1A4 will hold an online concert amid the Covid-19 pandemic. A poster of the concert was unveiled on Nov. 22, which included the members’ comments on their upcoming performance.

“We wanted to show our fans different sides of us, such as the images of us offline,” said Sandeul. “From beginning to the end, we’ll be showcasing how we worked to produce this concert.”

According to CJ ENM, the upcoming show is not an ordinary concert but a “documentary show,” which will feature not only the band's performance but also a screening of a documentary on the members' everyday lives.

The concert will be available at a special site at Interpark and ticket holders will be provided detailed information on how to log in and watch the show. 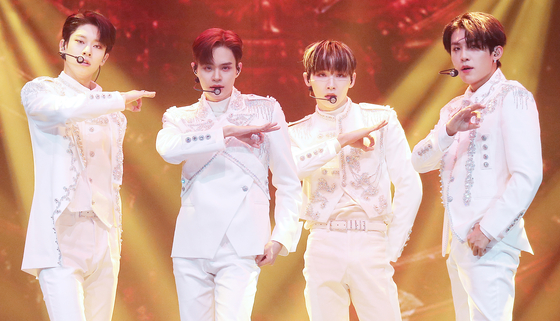 K-pop band AB6IX will be performing during an online concert "All The K-Pop" on Dec. 12. [ILGAN SPORTS]

Dec. 12: An online K-pop concert featuring five K-pop acts is being organized by Mixchannel and MBC Plus. It’s the organizers’ first concert of such kind. The K-pop acts include AB6IX, Victon, Lee Jin-hyuk, Dream Catcher and A.C.E.

Tickets cost 33,000 won. For those trying to purchase tickets outside Korea, head to globalinterpark.com

Dec. 8: As pianist Kim Sun-wook is known for his performances of Beethoven's pieces, many of his fans were anticipating a recital of the famed German composer's work as this year marks the 250th anniversary his birth. However, due to the coronavirus pandemic, Kim's scheduled recitals in March and September were both canceled.

Like many pianists, Kim hoped to stand on a podium one day and finished his two-year postgraduate course in orchestra conducting at the Royal College of Music in 2012. 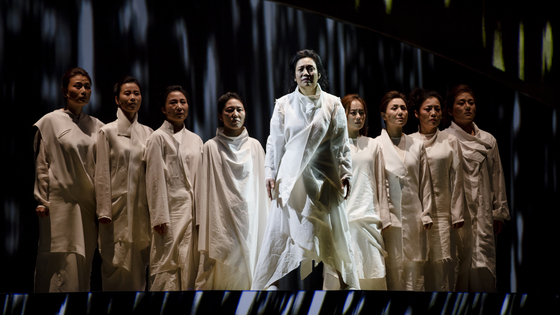 Dec. 3 -10: Since its premiere in 2016, the changgeuk (Korean traditional opera) version of “The Trojan Women” has been praised by audiences and critics both at home and abroad. It’s been co-produced by the National Theater of Korea and the Singapore International Festival of Arts. Directed by renowned Singaporean director Ong Keng Sen, the changgeuk is an adapted version of the Greek play by Euripedes.

The story revolves around the final moments of the Trojan Empire after its loss to the Greeks in the Trojan War. Only hours after Troy mistakenly lets in the Trojan Horse full of Greek soldiers, the empire’s men are massacred and the Trojan women face the dreadful fate of being taken away as slaves.

The music itself is a mixture of two totally different genres, with pansori (traditional narrative singing) master Ahn Sook-seon and music producer Jeong Jae-il working together in the composition process. Jeong has been recognized for his skills in producing popular music.

Along with the cultural melange of Greek mythology and Korean traditional art, the despair of the Trojan women depicted in the story also links to the pain that can be found in Korean history.


Dec. 19: Pansori master Ahn Sook-sun will wrap up a series of pansori performances that has been going on at the National Theater of Korea with “Heunbuga,” or “The Song of Heungbu.” It is one of five surviving pansori stories.

Ahn will walk the audience through good-natured Heungbu’s eviction from his home by his greedy elder brother, his good-willed rescue of a troubled swallow who helps him win a fortune and his final reconciliation with his brother after the latter falls into poverty.

Ahn staged her first solo pansori performance in 1986 and has staged about 30 shows to date — the highest number of shows for an individual at the theater. She’s also the only singer who has performed all five pansori stories at the theater. Since 2010, she’s been holding the year-end traditional shows at the theater.

In the second act of the performance, Ahn’s students will take to the stage, including Jeong Mi-jeong, Kim Mi-nah, Park Ae-ri and Kim Jun-su and showcase a merry folk song of the Namdo region. 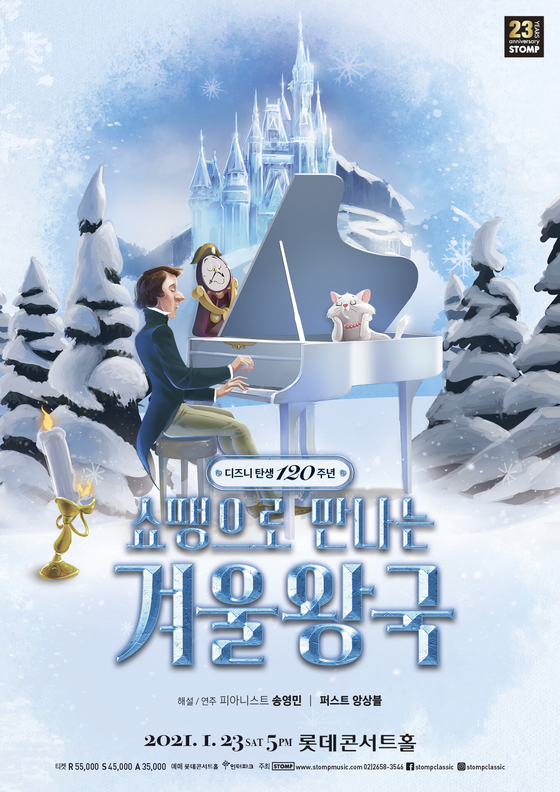 Jan. 23: To commemorate the 120th anniversary of Walt Disney’s birth, a special concert “Chopin Meets Frozen” has been organized by Stomp Music.

The program includes “Do you want to build a Snowman?” (2013) a popular number in the film followed by Chopin’s “Grand Valse Brillante in E-flat Major op. 18.”

Then a track from “Beauty and the Beast” will be performed, followed by Chopin’s “Prelude in D-flat Major op. 28 no. 15 “Raindrop.”

According to Stomp Music, the program has been drawn up to show the resemblance between some of Chopin’s works and Disney animation numbers.

To help audience members understand the concert better, pianist Song Young-min, who will also play the piano during the concert, will deliver commentaries between each works.