As webtoons merge into the mainstream, rights of authors are in the spotlight

As webtoons merge into the mainstream, rights of authors are in the spotlight 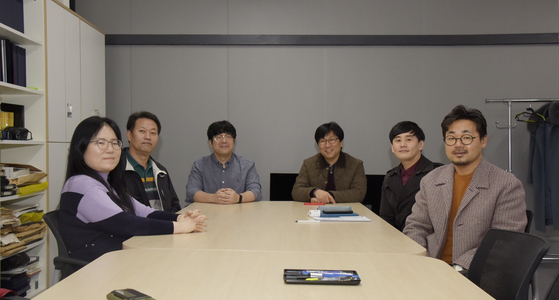 
Comics and webtoons may be two completely different fields of creativity, but the Korea Cartoonist Association endeavors to protect the rights of each and every author devoted to bringing their work to life in Korea, said the members of the board.

“Everything about webtoons is different from paper comics,” said Lee Jong-kyu, vice president of the association and CEO of JQ Comics. “The essence of the narrative is the same, but the way we portray everything is different. The storytelling hasn’t changed but the way we consume and create it has. The medium through which we consume it has changed from paper to smartphones and so has how the authors tell their stories through that medium. But the reason that Korean webtoons lead the industry is because Korean cartoonists were the first to adapt to the change and evolve accordingly.”

The Korea Cartoonist Association began in 1968 as the Korea Children’s Cartoonist Association and changed its name to what it is now in 1975. It has since helped promote cartoons and comics books in Korea, working with the government to bring about policies to support individual authors and nurture new talent by holding academic sessions and educational programs. 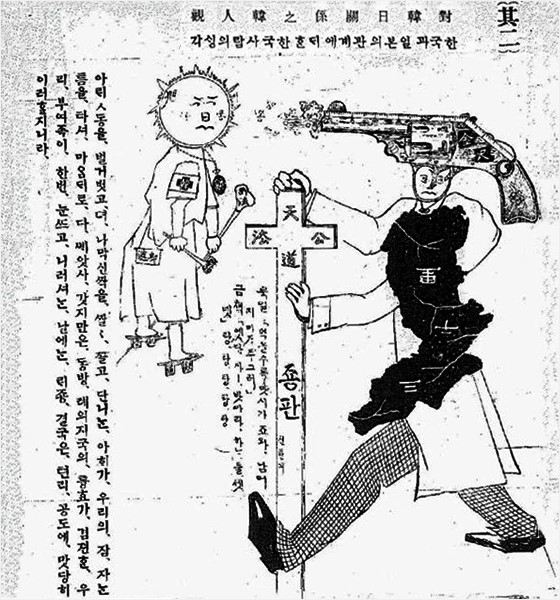 Korea's first cartoon titled “Haehwa” (1909), by an unknown author who criticized the Japanese colonial rule that took place in the first half of 20th century, is displayed in a newspaper called Sinhan Minbo, or the New Korea. [SCREEN CAPTURE]


The first form of comics — which is defined by its depiction of a scene with dialogue included within, as opposed to captions written outside of the picture — is said to be “Haehwa” (1909) by an unknown author, who criticized the Japanese colonial rule (1910-1945) that took place in the first half of the 20th century, in a newspaper called Sinhan Minbo, or the New Korea. The first generation of comics took the form of cartoon strips published in newspapers, which evolved into the commercial form of comic books and magazine series after Korea’s liberation from Japan.

Comic books reached their peak in the 1970s and 1980s, but took a fall in the 1990s “due to so many reasons that can’t all be accounted for,” according to Jang Yun-ho, a member of the board and also an adjunct professor of digital art at the Design & Arts Institute of Hansung University.

“The main reasons could be the influx of Japanese comic books, the IMF financial crisis, comic rental shops and the Juvenile Protection Act,” said Jang. “But even before webtoons, cartoonists had been trying to find their way out of the conventional paper medium and into the digital realm. We even tried to draw something that could be seen on the tiny flip phones we used to carry around [laughs]. Then webtoons began being read on computers. From the 2010s with smartphones, its era began.”

The transition to webtoons brought about a change not only in how people create and consume comics online, but also in how the whole industry functions. Contrary to working with publishers, online platforms and agencies scouted potential authors throughout the internet, on Instagram, Twitter and even internet cafes. 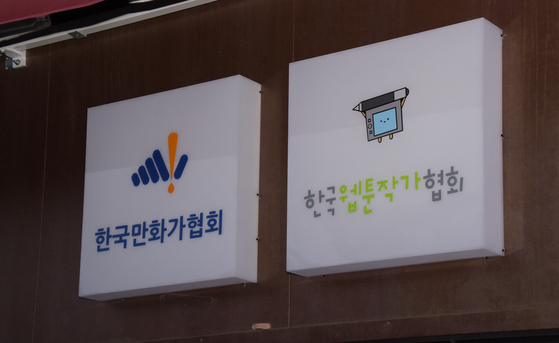 
“Overall awareness has risen in society,” said Park In-ha, chairman of the board. “Webtoon authors these days do more than just create their work. For them, it’s a way of expressing themselves artistically as well as in the field of entertainment. The subject of webtoons is much broader than comics and the sheer abundance in the number of webtoon artists has led to people becoming more acquainted with the idea.”

The large number of authors is an indication of the industry's move toward a more open and equal market. Prior to 2000, authors didn't own the rights to their work so they were printed under the names of their publishers. At this time, the number of authors amounted to the 200s, but as of this year, more than 2,000 authors have had their works serialized on the internet.

Fair contracts and copyright issues have been an ongoing problem that began way before the advent of webtoons, but the association vows to protect the rights of its members and authors until a fair system is set.

“There are problems, but they’re not very new,” said Shin Eel-suk, the president of the association. “In fact, they have come to light because webtoons have merged from the subculture into the mainstream. The association is working closely with related parties to fix such problems and we ask for the individual authors to join us so that we can help them more.”

[WHY] The rise of webtoons means fat pay checks, but only for a few