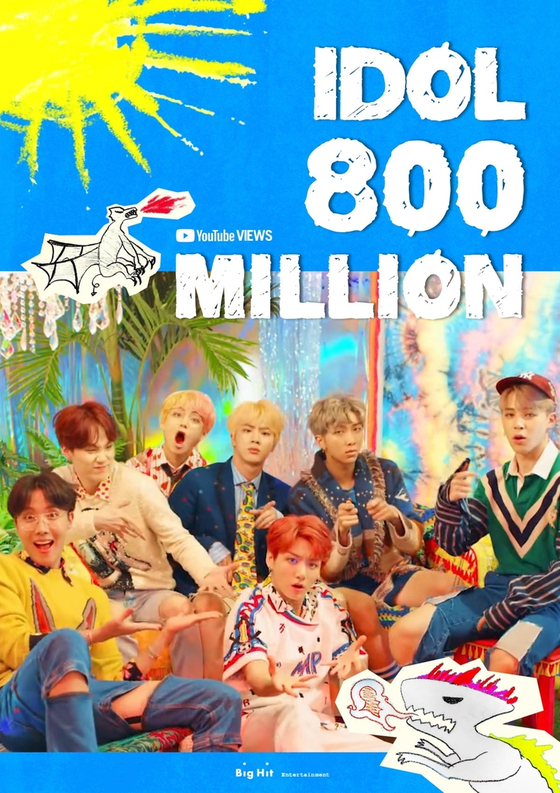 
BTS’s “IDOL” music video surpassed 800 million views on YouTube as of 6 p.m. Wednesday, according to Big Hit Entertainment on Thursday.


This is the fifth BTS music video to break the 800 million mark on YouTube after “DNA,” “Boy With Luv,” “Fake Love” and “Mic Drop (Steve Aoki Remix).”

In September, the group did a performance of “IDOL” during “BTS Week” on American TV channel NBC’s “The Tonight Show Starring Jimmy Fallon,” which they filmed in Gyeongbok Palace’s Geunjeongjeon Hall in central Seoul.