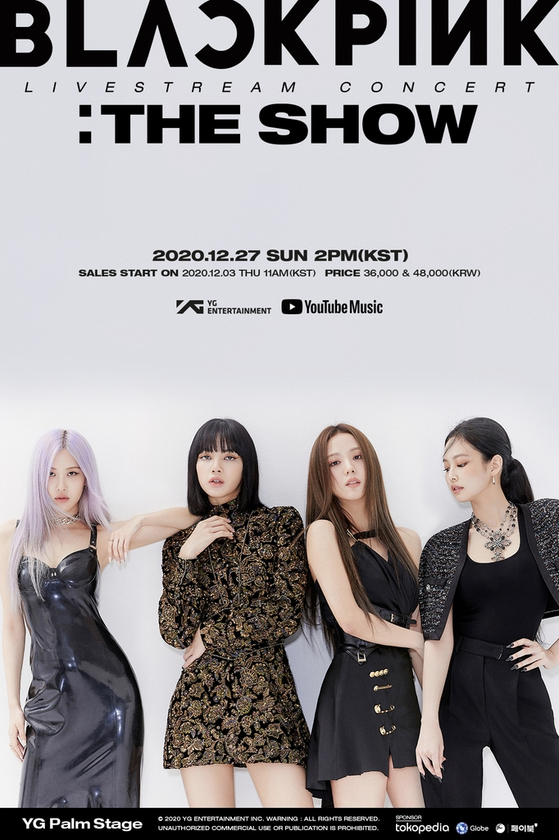 The “YG Palm Stage” series is a new form of livestream concert that the agency is launching to stream performances via YouTube through a partnership with YouTube Music.

The agency said that Blackpink is the very first global artist in the world to stream their online concert with YouTube Music.

With 53.9 million subscribers, the group holds the record as the second most popular YouTube channel amongst all global singers. After successfully touring 23 cities last year, this is their first concert after a year and five months.

The group is expected to hold a live YouTube session on Friday to talk to their fans about the upcoming concert.