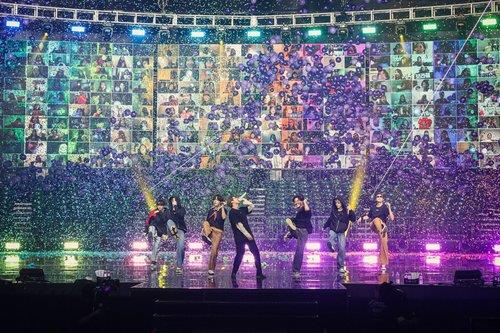 The band's albums "Map of the Soul: 7" and digital single "Dynamite" also excelled, with the latter reaching No. 38 of the Hot 100 Songs chart and No. 50 of the On-demand Streaming Song chart and the former sitting at No. 2 on the Independent Album category list, No. 2 on Taste Maker Album, No. 3 on Top Album Sales, No. 3 on Top Current Album Sales and No. 20 on the Billboard 200 Albums categories.

"The rest of the year-end Social 50 top 10 is largely made up of the usual players as well," reported Billboard, applauding the achievements of other K-pop acts as well.

"Exo spends a third straight year as runner-up at No. 2, despite a 2020 largely marked by the group’s hiatus while many of its members pursued solo or subunit projects," Billboard said.

Other K-pop acts on the chart included in the top 10 of the Social 50 chart were Tomorrow X Together, Ateez and Blackpink.