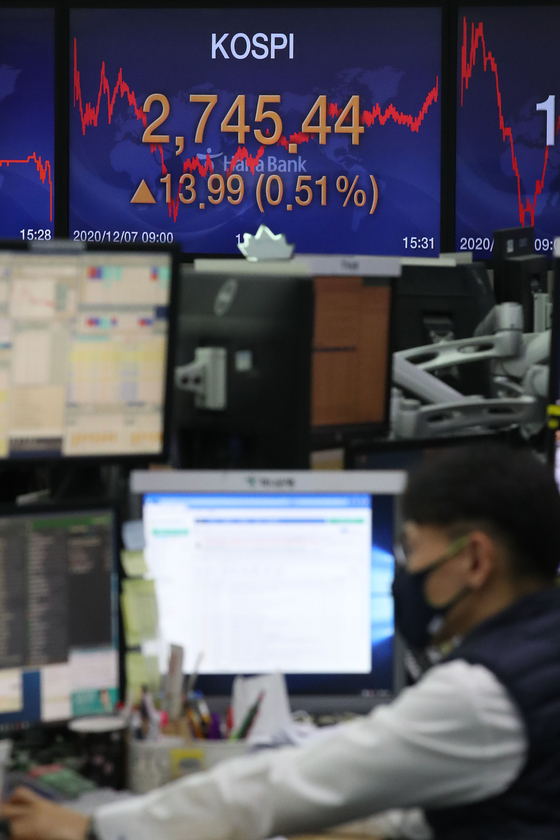 A screen shows the closing figure for the Kospi in a dealing room in Hana Bank in Jung District, central Seoul, on Monday. The stock market closed above 2,700, setting a record for a fifth consecutive session. [NEWS 1]


The Korean stock market extended its all-time high for a fifth consecutive session Monday, backed by chip and pharmaceutical gains amid the government's strengthened social distancing measures. The won closed unchanged at a nearly 30-month high against the dollar.

Over the weekend, the government raised the social distancing scheme to the second-highest Level 2.5, ordering karaoke halls and indoor fitness facilities to close and limiting business hours for restaurants, cinemas and department stores.

The local currency closed at 1,182.1 won per dollar, unchanged from the previous session's close.