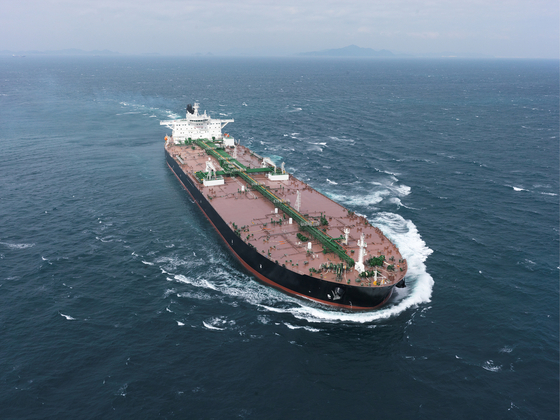 
The cash-strapped shipbuilder announced on Monday that the letter was signed with a shipper based in Europe. The deal, estimated to total around 1 trillion won ($923 million), is expected to be formally signed in the first quarter next year, according to DSME.

Letter of intent is not a 100 percent guarantee, but it usually leads to the actual signing of the deal, according to Yoon Yo-han from DSME.

If the deal goes through, the 300,000-tonned VLCCs to be built by DSME will be the company’s first dual-fuel LNG-powered VLCCs.

They can run on both gaseous and liquid fuels.

“The latest letter of intent has [helped the company] perfectly prove to shippers [its] technologies in LNG-powered vessels in addition to LNG carriers,” said a spokesperson for DSME in a statement. The letter “will be a foundation [for DSME] to set a market advantage in the field in the future.”

DSME is currently in the process of being acquired by Hyundai Heavy Industries Holding. Reviews on the business combination are underway from both in and outside of Korea.

“Contracts [with Korean shipbuilders] seem to have been moving forward due to the recent stronger won,” said analyst Lee Dong-heon from Daishin Securities.