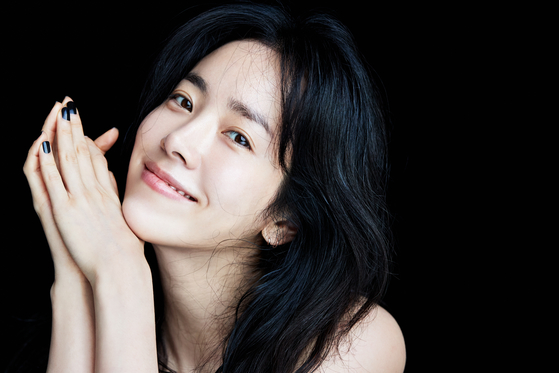 
Local fans of “Josee, the Tiger and the Fish,” a 2003 Japanese romantic drama, might have been worried to hear there will be a Korean remake “Josee” — afraid that the effort would somehow botch the unconventional love story between Tsuneo and Josee. The characters were so beloved and their tale so unique, it would have been easy to get it wrong. But by remaining true to the original and tweaking it a bit for the passage of time and to fit better with the Korean setting, the remake seemed to do justice to the source material and may have taken it to a new level.

“I was already anticipating how Josee will be painted in director Kim Jong-kwan’s perspective and how he would bring up the colors of the original film when he asked me [to feature as Josee],” Han Ji-min, who portrayed Josee, said in an online interview on Friday. “There were some differentiations of the character itself, and I felt that there were lots of parts where I could newly build up — so when I started to film ‘Josee,’ I felt more thrilled than pressured.” 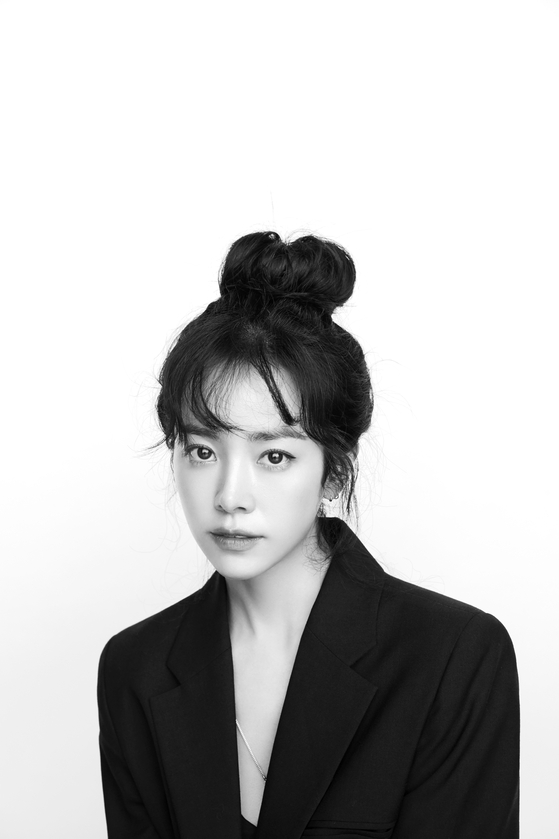 
The characters, the seasonal setting and the central theme remain similar, but parts of stories have been changed to match the current era and local sentiments. One of the differences was that Han’s character was even more secluded and less expressive than the original film.

“When I first received the script, I felt that there was only a rough sketch,” Han said. “I could see that Josee’s world was certainly unique, and there were parts with question marks because there wasn’t that much to describe Josee’s emotional state. But I felt that there were plenty of those blanks which I could fill up as an actor, so that itself, for me, felt like an adventure and a new challenge.”

Portraying Josee drew out a different acting style, as Han was used to characters who clearly speak out their feelings. 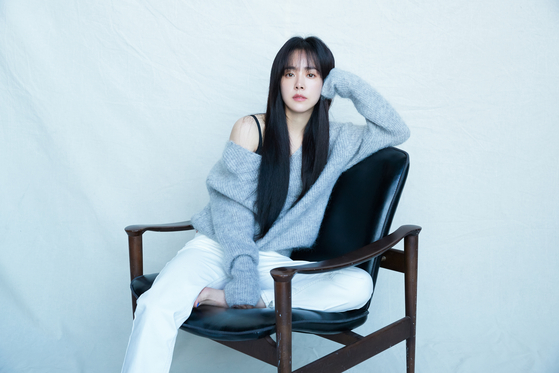 
“But on the set, there were lots of parts where I had to show Josee’s emotions through her gaze,” she said. “So in the back of my mind I was always anxious whether or not I was [fully] depicting various emotions that Josee felt. When I act, I usually act with conviction that what I’m doing is right, but for this project, it was more about letting it go.”

Although Han felt uneasy, in part she was assured by Kim. She relied on him to fill in parts about which she was unsure.

“He filled up [the scenes] copiously with various sounds, light and music,” she said. “Rather than thinking that he was trying to make up for what I lacked, I thought he was very meticulous. On the set, he would ask the audio team to record sounds that we couldn’t even hear, and film things that we couldn’t see. I think it was all part of his big picture, and he tried to reassure me whenever I felt uneasy, and I relied on him more so.” 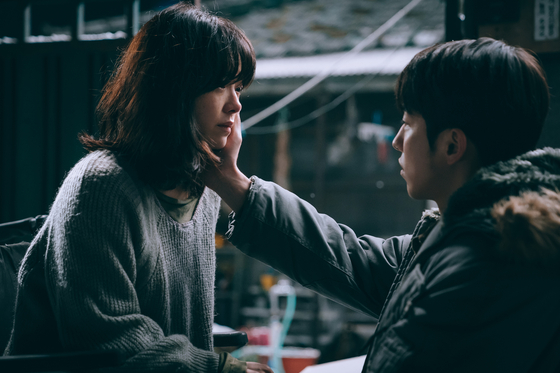 
The film also marks Han’s second performance with actor Nam Joo-hyuk, who plays Young-seok, adapted from Tsuneo’s character in the original film. Han and Nam earned praises for their heart-wrenching love story in JTBC drama series “The Light in Your Eyes” (2019).

“I think the viewers pair us up as a match due to our characters rather than our physical appearances,” Han said when asked about their chemistry. “It’s just that our relationship in ‘The Light’ was such a wistful one, and the viewers regretted our love being cut short in the series. Actually, for ‘Josee,’ Nam was cast first for the role, and [when I was asked for the role of Josee] I first asked Nam if it was okay that I would be starring with him again. Nam and Kim both welcomed me with open arms.”

Han felt it was natural that Josee, who was used to living in her own world filled with books, dreaming and imagining places that she could reach through them, feel strange experiencing emotions that she’s never felt through meeting Young-seok. 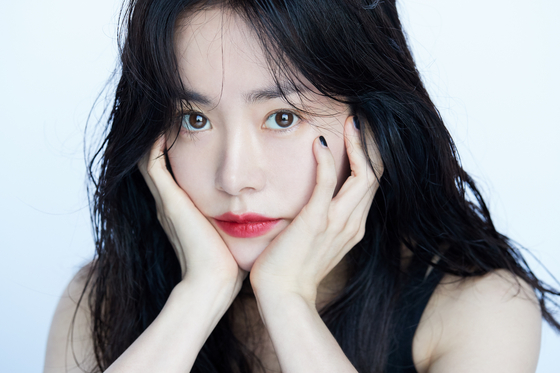 
“In other romantic works, there is a clear point in the script which tells when I would be attracted to [my romantic interest], but for ‘Josee,’ it felt like Young-seok was slowly seeping into her life,” she said. “Josee lets Young-seok into her space little by little — until she lets him in to the space she loves, which was her room. I don’t think that she herself even knew that she was opening herself up to him. […] And when that feeling [for Young-seok] grew bigger, she would have felt strange to feel something that she’s never felt before, and I think that’s why she tried to push them away first. 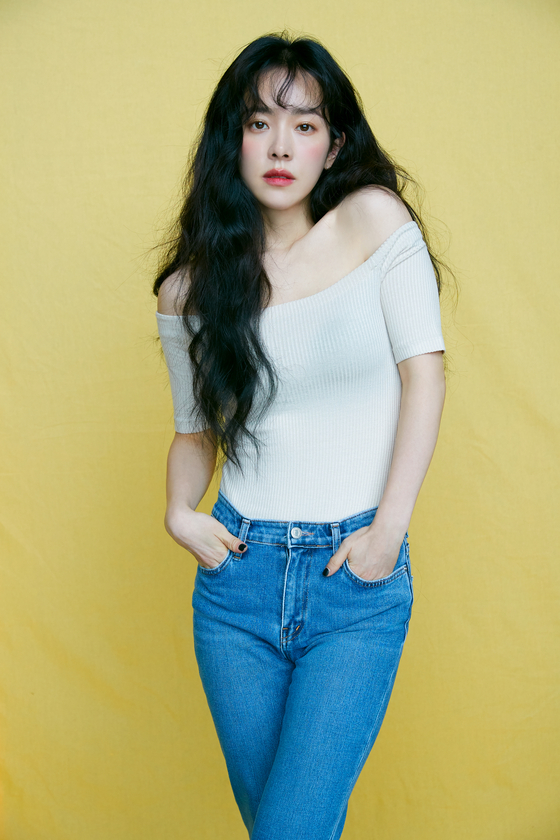 
“When Young-seok’s hand touched my face, I tried to express that queer tremor [when one’s heart flutters], but it also feels strange [for Josee],” Han said. “But perhaps the scene in which the audience would be able to most clearly grasp how Josee feels is when she musters up the courage to grab Young-seok and tell him not to go. Even if she wasn’t able to meet him in the eyes, she gets on the wheelchair and comes out of the house as if she was running [on her feet] and truthfully tells Young-seok how she feels. I believe that was the emotional climax of our film, and since their love could continue so due to that courage, the scene [still] lingers on my mind.”

But when the couple decides to end their relationship in the aquarium, Josee is calm and composed. 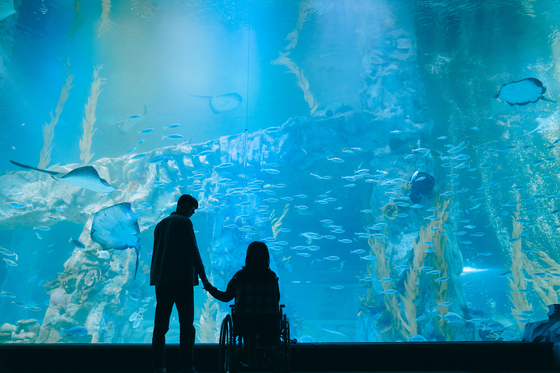 When Josee sees a beluga swimming towards them at the aquarium, she realizes that she needs to let Young-seok go. [WARNER BROS KOREA]


“In the film, it doesn’t show how long Josee and Young-seok were in love, but in the script it did,” Han said. “I talked a lot with Nam and the director about [why they broke up] — it could be that their love got cold or that Josee wasn’t as afraid of the world or as lonely as when she first met Young-seok — she now has the courage to take a step outside, so she might have felt that it was time to let Young-seok go. I think there might have been various reasons [involved] for her.”

The actor understood why the film didn’t address when, why and how they broke up.

“I think that even though the two eventually go their separate ways, we wanted to say through the film that it’s a story about how two people can affect one another in their lives and grow up, which is why we didn’t specifically state why they broke up,” Han said. “As Josee came out to the world through Young-seok and learned to express her feelings, Young-seok was in an unstable stage in his life when he graduated and was seeking employment. As he meets Josee, gets a job, and meets another person, how he changes can also be viewed as his growth.”