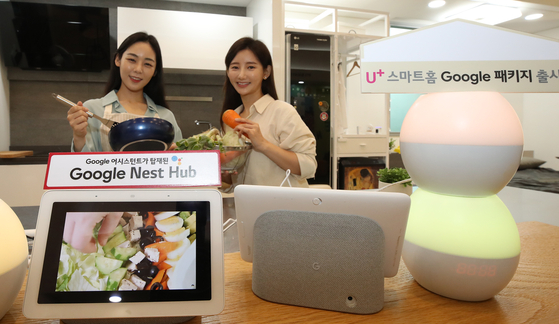 LG U+ products that targest single-person households introduced in June this year. The number of people living on their own for the first time exceeded 30 perent. [YONHAP]

According to Statistics Korea on Tuesday, there were 6.15 million people living alone as of last year, 30.2 percent of Korea's 20.3 million households.

This is the first time that group exceeded 30 percent since data started being compiled in 1960.

Compared to a year earlier, 299,000 people were added to the ranks of people living alone.

Some 78 percent of people living alone made 30 million won or less a year while those who made more than 100 million won only accounted for 0.8 percent.

The statistics agency’s study also found that 53.7 percent live in apartments that are 40 square meters (430 square feet) or smaller.

A good proportion lived in stand-alone residences, 45.4 percent, while 31.3 percent lived in apartments.

Overall, some 58 percent of Korean households owned their residences, while 19.7 percent lived on monthly rent and 15.1 percent on jeonse.

Gyeonggi came in second with 1.29 million.

While Seoul and Gyeonggi accounted for 42 percent of people living alone, Busan took third place with 6.9 percent or 423,000.

Young people account for a significant proportion of single households in cities. In other regions such as South and North Jeolla and North Gyeongsang, the majority of people living alone were 80 years old or older.