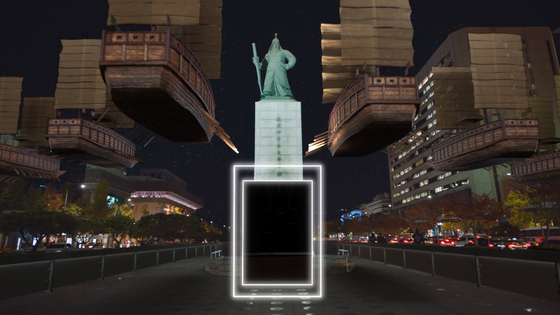 “Gwanghwa Gyeong [Gwanghwa View]" is one of the eight works from the Korea Creative Content Agency to be included in an immersive content project titled ″Age of Light.″ [KOCCA]


The Korea Creative Content Agency (Kocca) will kick off an immersive art project called “Age of Light” in the heart of Seoul, turning the Gwanghwamun area into a hub for art, history and culture with eight immersive works.

The project is part of the government’s two initiatives to enhance the creative content industry. President Moon Jae-in called the Gwanghwamun project an essential initiative in the government’s “New Deal Culture Content Industry Strategy.” In its announcement, the agency said it plans to create a content “Renaissance” in Korea by connecting the past, present and future through immersive content.

Moon explained the “Content Renaissance” as “adding the warmth of culture to a technology-based economy.” 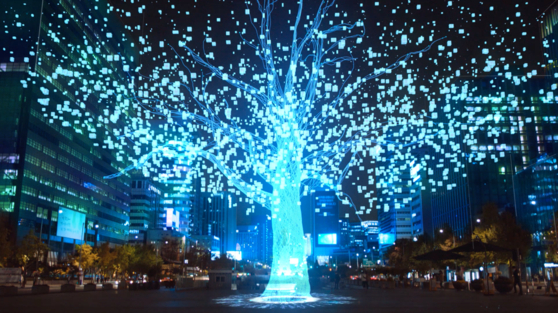 “Gwanghwa Su [Gwanghwa World Tree],” is one of the eight works from the forthcoming immersive content project titled ″Age of Light.″ [KOCCA]


According to the agency, the project aims to turn Gwanghwamun into a high-tech playground by using emerging technologies including virtual reality, augmented reality (AR), artificial intelligence and holograms, made possible through the 5G network. The immersive content market has grown by 52.6 percent since 2017 and is estimated to reach a volume of 411 trillion won ($379 billion) by 2023. The government promised to allocate over 330 billion won through 2025 to develop related content and technology and nurture 1,400 professionals in the field. 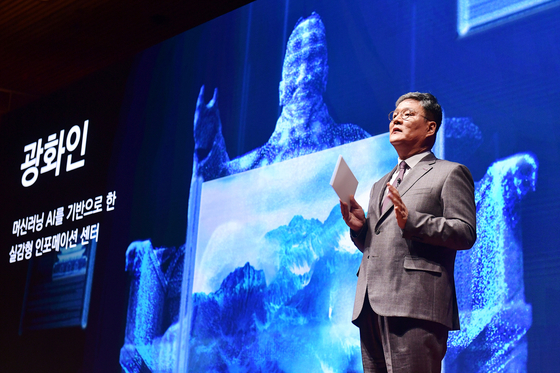 The content agency's president gives a presentation on the upcoming immersive content project titled ″Age of Light″ on Monday. [KOCCA]

Although the eight projects will differ in detail, all will be site-specific projects that make use of the historical and cultural aspects of Gwanghwamun and its surrounding cultural facilities.

One installation, “Gwanghwa Gyeong [Gwanghwa View],” is an AR project scheduled to be released as the first part of the project in March 2021. It tells a new story of Gwanghwamun through viewers’ smartphones, and can be accessed by traveling to different Gwanghwamun hotspots such as the National Museum of Korean Contemporary History and the Sejong Center. The volumetric technology will allow people to view K-pop concerts to be held around the square as well. 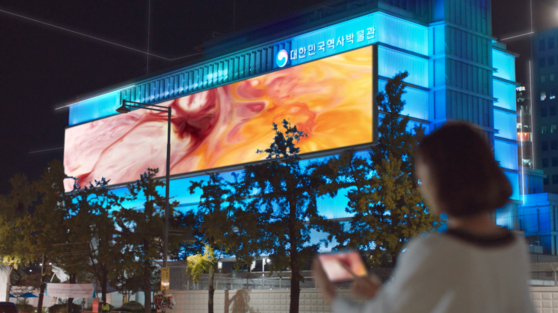 The “Gwanghwa Byeokhwa [Gwanghwa Media Canvas]” is to be installed outside the walls of the National Museum of Korean Contemporary History. [KOCCA]


Other parts of the project include a 5G media art exhibition, where people can sit inside the Gyeongbok Palace Subway Station on Line No. 3, titled “Gwanghwa Won [Gwanghwa Park].” A massive tree-shaped public art installation that uses 5G technology, called “Gwanghwa Su [Gwanghwa World Tree],” will be installed at Gwanghwamun Square. There will also be an AR game tour around the Gwanghawmun neighborhood dubbed “Gwanghwa Dam [Gwanghwa Treasure Hunt]” and a large-scale interactive LED panel media work titled “Gwanghwa Byeokhwa [Gwanghwa Media Canvas]” to be installed outside the walls of the National Museum of Korean Contemporary History.

“The ‘Age of Light’ will be a leader in opening up the ‘Content Renaissance’ in Korea, and the [Kocca] vows to keep up the challenge and experiment to develop the content industry using the finest technology, such as immersive content,” said Kim. “Through the ‘Age of Light’ project, we hope to provide a chance for people who have been brought down due to the coronavirus to experience energizing immersive content, and to ultimately brighten up Korea once again.”