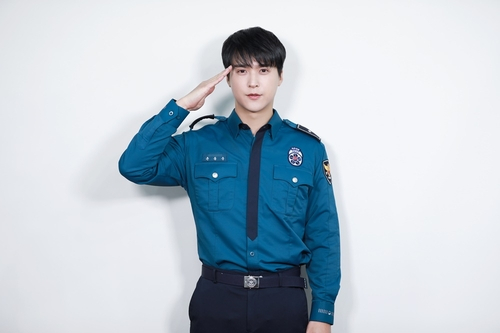 Son Dong-woon of boy band Highlight [AROUND US ENTERTAINMENT]


Son Dong-woon, 29, the youngest member of boy band Highlight, was discharged from the military after completing his mandatory service on Tuesday, his agency Around Us Entertainment announced.

The agency said that Son didn’t return to the military base after his last vacation. Normally, he should have returned to the base before being discharged, but due to the pandemic, military bases have been allowing soldiers to not return if they are using their vacation days up to their date of discharge.

Son joined the military in May 2019 and served as a conscripted police officer for 19 months.

"I realized how precious it is to live an ordinary life,” Son said after being discharged. “From now on, I want to fill my daily life with what I enjoy doing, with the people I like.”

Prior to Son, Highlight's other members, Yoon Doo-joon, Yang Yo-seop and Lee Gi-kwang, completed their military services this year.

"Now that every member is back, Highlight will restart its activities in various fields, including music and broadcasting," the agency said.